Lochte to compete in 1st major US meet since pandemic began 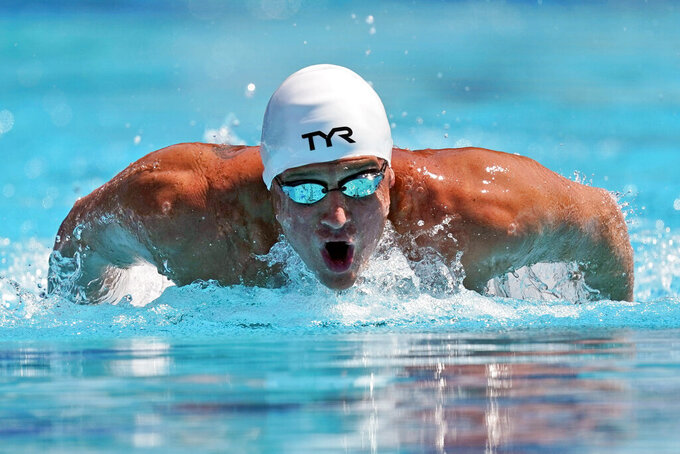 SARASOTA, Fla. (AP) — Ryan Lochte is launching his bid to make a fifth Olympic team in the first major U.S. meet since the coronavirus pandemic shut down sports in mid-March.

The 36-year-old swimmer is entered in five events at the U.S. Open in Sarasota, Florida. The meet is being held next Thursday through Saturday at nine sites nationwide.

Lochte is the top seed and current world recordholder in the 200-meter individual medley. He’s seeded third in the 100 and 200 backstrokes, fifth in the 100 freestyle and sixth in the 200 free.

The 12-time medalist is the second-most decorated Olympic swimmer behind Michael Phelps. Lochte has competed in few events since the 2016 Rio Games, where he won a gold on the 4x200 freestyle relay.

Lochte gained infamy in Rio after an incident at a gas station that resulted in a 10-month suspension. Since then, he’s gotten married and has two children.

He served a 14-month suspension that ended in July 2019 for receiving an intravenous vitamin infusion at a clinic in May 2018.

The U.S. Olympic trials are next June 13 through June 20. The top two swimmers in each event make the team for the Tokyo Games.