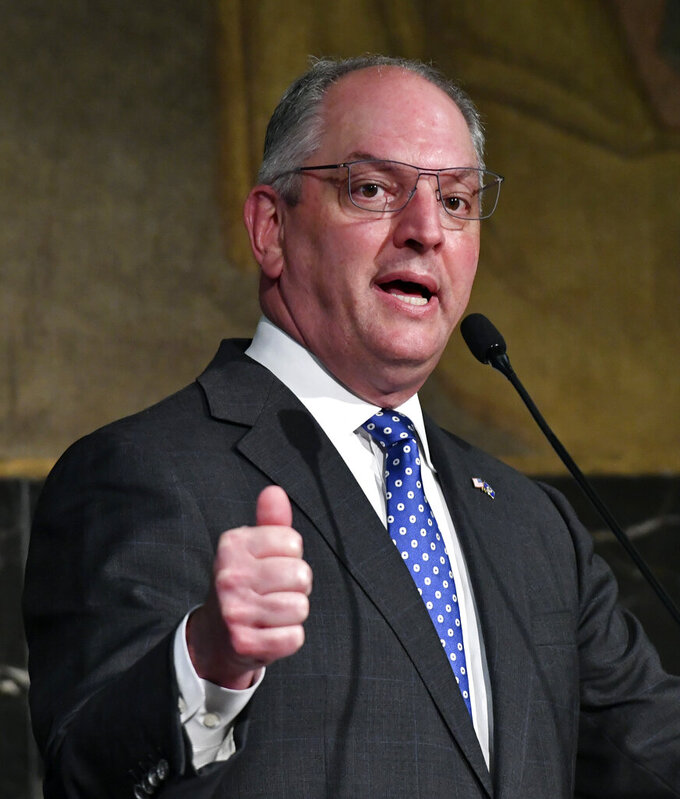 The Democratic governor proposed to spend a significant portion of the surplus on state building repairs, road and bridge work, coastal protection projects and levee work.

Commissioner of Administration Jay Dardenne, the governor’s chief budget adviser, said the administration recommended spending for projects that could start quickly, stimulate an economy struggling because of the virus pandemic and put people to work.

House Republican leaders have stripped much of that spending from the state's multiyear construction budget proposal, instead proposing to sock away more surplus dollars into savings or debt payments. They cite large financial uncertainties because of a steep dive in oil prices, combined with the virus's hammering of tax collections.

“Just because you have it, you don’t have to spend it,” said Rep. Stuart Bishop, the Lafayette Republican who handles the construction budget legislation as chairman of the House Ways and Means Committee.

Under the Louisiana Constitution, 25% of the surplus — about $134 million — must flow to the state's “rainy day” fund. Another 10%, or $53 million, must pay down state retirement debt. That leaves $348 million for lawmakers and the governor to spend, the focus of the disagreement between the Edwards administration and House GOP leaders.

House Speaker Clay Schexnayder, a Republican from Gonzales, told the House Appropriations Committee on Monday that he supports Bishop's proposal to use much of the remaining surplus to either add more money to the rainy day fund or pay off other state debts.

“With the times we are in right now, with the uncertainties we have moving forward, I think his plan is a good one,” Schexnayder said.

The Appropriations Committee passed Bishop's proposal without objection, sending it to the full House for debate.

Bishop said he cut the coastal projects proposed by the governor from $117 million to $60 million, and the road and bridge work sought by the administration from $100 million to $50 million. He also trimmed the state building repair spending Edwards wanted.

Edwards administration officials pushed back against the changes in the Appropriations hearing.

Dardenne said “it would be foolhardy” to use the surplus to pay off early a year of borrowing for construction work because interest rates are so low that borrowing is cheap. Transportation and Development Secretary Shawn Wilson said without the surplus dollars, Louisiana won't be able to draw down all its available federal money for road and bridge work.

Chip Kline, head of the Coastal Protection and Restoration Authority, said the levee work the governor proposed would assist with public safety and protect livelihoods.

“These are projects that are shovel-ready that will create jobs,” he said.

Bishop said he's taking a more conservative approach to the construction budget, which is usually overloaded with spending and local projects favored by lawmakers.

“I’m sorry, I’m going to be hard for the next four years,” he said.