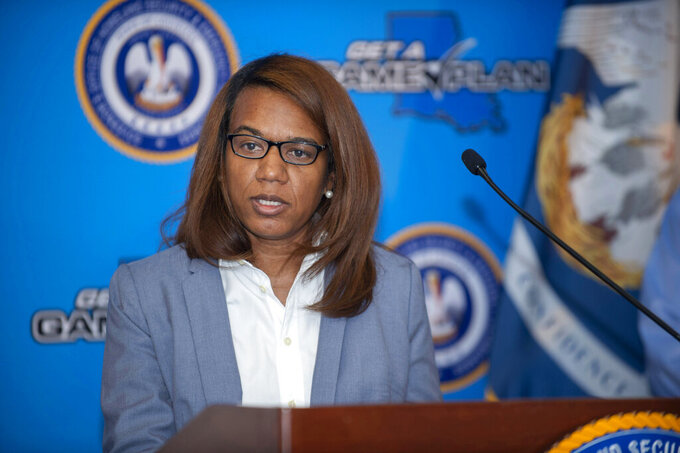 BATON ROUGE, La. (AP) — Louisiana's health department will seek new bids for multibillion-dollar Medicaid contracts managing the health care of 1.5 million people, ending a legal dispute that has dragged out over a year about four contractors the agency previously picked for the work.

Health Department Secretary Courtney Phillips announced Friday that she asked the governor's Division of Administration to let her rebid the Medicaid managed care contracts rather than continue the legal wrangling over deals her predecessor approved. Commissioner of Administration Jay Dardenne announced hours later that he agreed to the request, calling it “well-founded" and “in the best interest of the state.”

As the contracting disagreement stretched over months, Phillips took over leadership of the department, the coronavirus outbreak surged across Louisiana and the Medicaid rolls have grown larger as more people lost their jobs.

“Much has changed in the healthcare industry since the original (request for proposals) was drafted, and we must look ahead to innovative solutions in health care delivery while increasing accountability and addressing health disparities," Phillips said in a statement.

The decision by Gov. John Bel Edwards' administration to restart the contracting process from scratch won't disrupt health care for one-third of Louisiana's residents. Managed care companies are doing the work currently through emergency contracts that end in December, and the health department intends to seek another round of those arrangements to keep the companies in place while it rebids the work.

Through a bid process that began in early 2019, the health department — overseen by then-Secretary Rebekah Gee — chose four companies to do the work going forward. Three of the insurers currently hold contracts with the health department, and one would be a new Medicaid contractor for Louisiana. The contracts would have been worth an estimated $21 billion over three years.

Their appeal was pending with Dardenne, who is Tregre’s boss.

Dardenne was expected to make a decision earlier this year — but then the coronavirus outbreak consumed the state's focus. Even Dardenne's decision on the appeal wasn't expected to settle the argument, because bidders that didn't like his ruling could have asked a judge to review the bid process.

Humana, one of the companies chosen in the disputed bid process, said it was disappointed by Phillips' decision to redo the Medicaid managed care contractor search.

“Yet our goal remains the same, to work in partnership with the state of Louisiana to bring the best possible care and coverage to Healthy Louisiana program enrollees,” the company said in a statement.