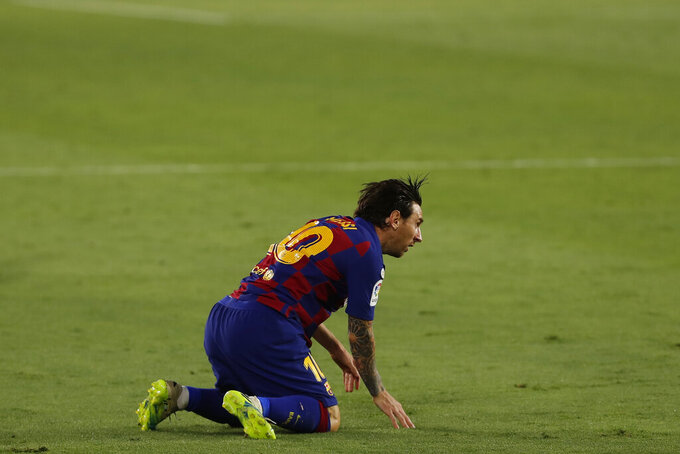 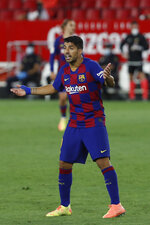 After leading during the pandemic-enforced break in La Liga, Barcelona hosts mid-table Athletic Bilbao sitting behind Real Madrid after being held to a draw by Sevilla. Madrid has a better goal difference and head-to-head record against Barcelona. Atlético Madrid will try to hold on to third place when it visits Levante, while relegation-threatened Valladolid hosts fifth-place Getafe.

West Ham, with just one win in its last 10 Premier League games, plays at Tottenham sitting above the relegation zone only due to a superior goal difference. Tottenham has its own pressing need for a victory with eight games left as it tries to trim the four-point gap to fifth-place Manchester United, which currently occupies the final automatic Champions League qualifying place. Tottenham and United drew 1-1 on Friday in their first game back from the break. In the other match Tuesday, third-place Leicester can move a step closer to securing a place in next season’s Champions League by beating Brighton at home.

After winning the Italian Cup last week, Napoli returns to league action after the pandemic-enforced break with an away game at Hellas Verona. A point ahead of the hosts, sixth-place Napoli will attempt to continue its revival under Gennaro Gattuso. Since replacing Carlo Ancelotti in December, Gattuso has guided Napoli to two wins over Juventus and also beaten Serie A title challengers Lazio and Inter Milan. Parma is two points below Napoli and visits relegation-threatened Genoa. Spal hosts Cagliari and Udinese visits fellow struggler Torino, with both sitting just three points above the drop zone.