Mbappe's PSG future uncertain as he hesitates over new deal 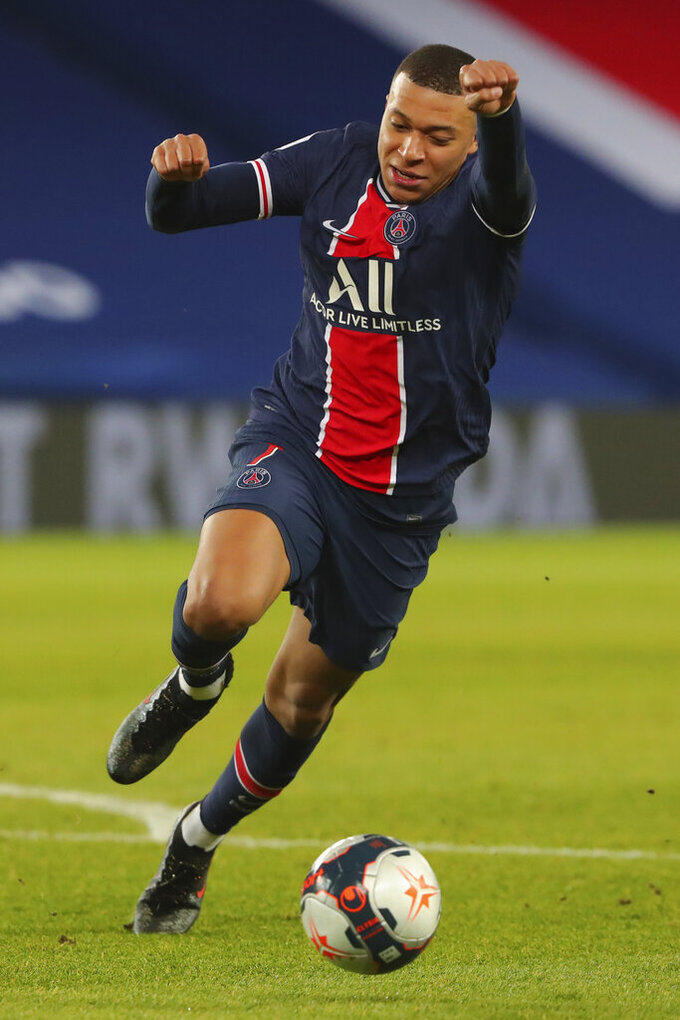 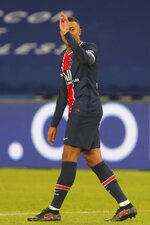 PARIS (AP) — When Kylian Mbappe's two goals took him back to the top of the French league's scoring charts on Friday night, the move seemed natural and inevitable.

What is far less certain is whether Mbappe will stay at PSG, or accept the challenge of moving to a more demanding club like Real Madrid next season.

After his brace in the 4-0 win against Montpellier took him to 14 goals — and 106 overall for PSG — the 22-year-old Mbappe said he has yet to decide whether to sign a new deal.

“We're in discussions with the club to find a plan. I'm thinking it over, because I think that if I sign then it's to commit myself long term to Paris Saint-Germain,” Mbappe told broadcaster Telefoot following the match. “I'm very happy here, I've always been very happy here. The fans and the club have always helped me. For that, I'll always be thankful.”

Mbappe's contract expires at the end of June next year, as does striker partner Neymar's, and PSG sporting director Leonardo is working hard to persuade the two global stars to sign new contracts.

But the club faces stiff competition.

“I want to think about what I want to do in the years to come, where I want to be,” said Mbappe, who grew up in the Paris suburbs. “Yes, the time will soon come to make a choice ... If I had the answer now I would already have given it. I'm not trying to buy some time, I'm really thinking about it."

The Frenchman has already won the World Cup, scoring in the 2018 final against Croatia, but has yet to win the biggest trophies at club level. A key part of his reflection is whether he thinks he can do so with PSG.

Last season’s defeat to Bayern Munich in the Champions League final profoundly frustrated Mbappe, and to many observers seemed like an opportunity missed for PSG to finally win on the biggest stage after years of falling short in Europe.

Mbappe's current market value is estimated at 180 million euros ($220 million), which is the same amount PSG paid to buy him from Monaco four years ago. But the longer he stays without putting pen to paper, the lower the fee becomes should PSG eventually sell him.

With all clubs losing vast amounts of money because of the coronavirus pandemic, and a collapsed TV deal further harming French soccer, Mbappe and Neymar are huge assets.

“I don't want to sign a contract and one year later say I want to leave,” Mbappe said. “No, if I sign it's to stay and this calls for thought.”

PSG fans will hope his heart rules his head.