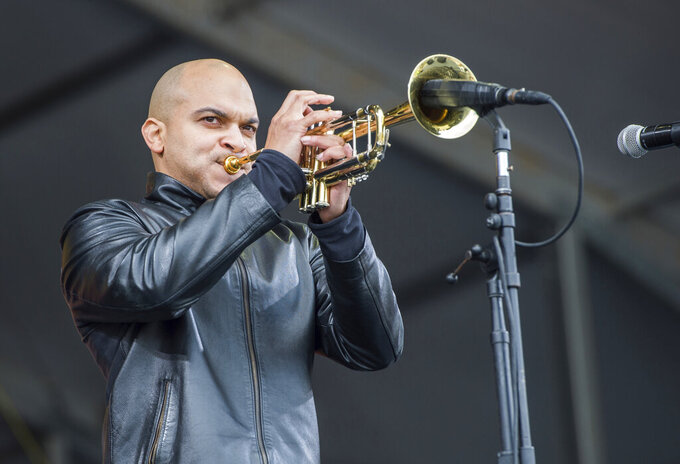 FILE - In this May 4, 2017 file photo, Irvin Mayfield performs at the New Orleans Jazz and Heritage Festival in New Orleans. Mayfield and his musical partner, pianist Ronald Markham, each pleaded guilty Tuesday, Nov. 10, 2020, to a conspiracy to commit fraud charge. The federal charge stemmed from the time the two spent as board members of the charitable New Orleans Public Library Foundation. Prosecutors alleged that they steered more than $1.3 million raised for public libraries to themselves by funneling it through the New Orleans Jazz Orchestra, which Mayfield founded. (Photo by Amy Harris/Invision/AP, File) 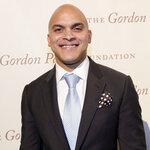 Prosecutors alleged that they steered more than $1.3 million from the New Orleans Public Library Foundation to themselves, largely by funneling it through the New Orleans Jazz Orchestra, which Mayfield founded. Money also went through another nonprofit, the Youth Rescue Initiative, which Mayfield served as a board member, according to the indictment.

Each faces up to five years in prison when they are sentenced on Feb. 9 by U.S. District Judge Jay Zainey, who accepted their guilty pleas to a charge of conspiracy to commit mail and wire fraud.

Mayfield was among musicians who took a high-profile role in promoting New Orleans in the aftermath of Hurricane Katrina in 2005, when levee failures led to catastrophic flooding. Irvin’s father died in the flooding. More recently, Mayfield has battled his own COVID-19 infection and the death of his older brother, defense attorney Claude Kelly said outside the courthouse Tuesday.

Mayfield was a founding member of the Afro-Caribbean jazz ensemble Los Hombres Calientes. He won a Grammy in 2010 along with the New Orleans Jazz Orchestra for the album “Book One.”

He resigned as artistic director of the orchestra in 2016 as scrutiny of his role with the library grew following investigative reports by WWL-TV.

Neither Mayfield nor Markham spoke to reporters. Kelly noted that 23 other counts were dropped under the plea agreement, which was reached in July but not made final until Tuesday because of coronavirus-related delays.

“The offenses are much more complicated than just the headline,” Kelly said. “And we’re really looking forward to being able to present the full picture — accepting full responsibility — to Judge Zainey before he makes his final decision.