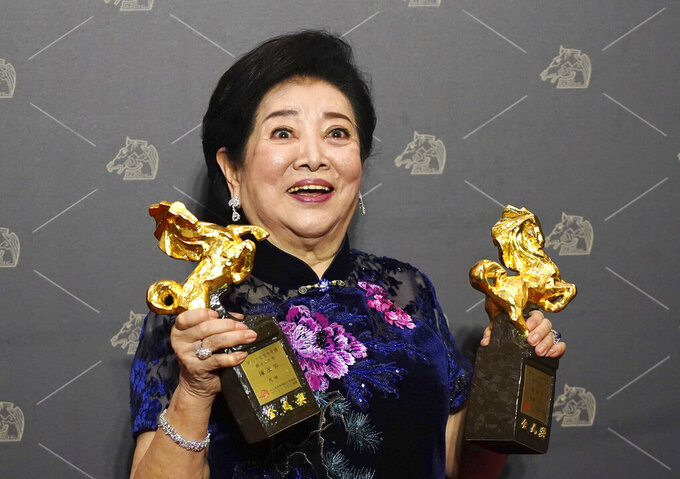 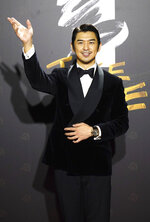 Even as the coronavirus pandemic has shut cinemas around the globe, actors, directors and others managed to walk the red carpet ahead of the ceremony in Taipei, Taiwan's capital. Taiwan has recorded only 611 cases of the coronavirus and just seven deaths.

“It is not easy. Look at what is happened around the world," said director Ang Lee, the chairman of the competition. "I have just come back from New York. Theaters are closed over there. I am deeply touched that Taiwan’s box office revenue still keeps growing.”

For the second straight year, mainland Chinese talent did not participate in the competition, with Beijing banning its artists from participating amid tensions between China and Taiwan. Taiwan split off from the mainland after the 1949 civil war, but China still claims the island as part of its territory.

Those tensions have played out at the Golden Horse Awards. In 2018, documentary director Fu Yue called on the world to recognize Taiwan as an independent country in an acceptance speech at the awards ceremony, something only a handful of nations currently do.

In response, Chinese participants refused to appear onstage, made pointed remarks about Taiwan and China being members of the same family, and then declined to attend the banquet reception following the show.

China holds its own film awards, called the Golden Rooster, which are subject to government ideological constraints and censorship.