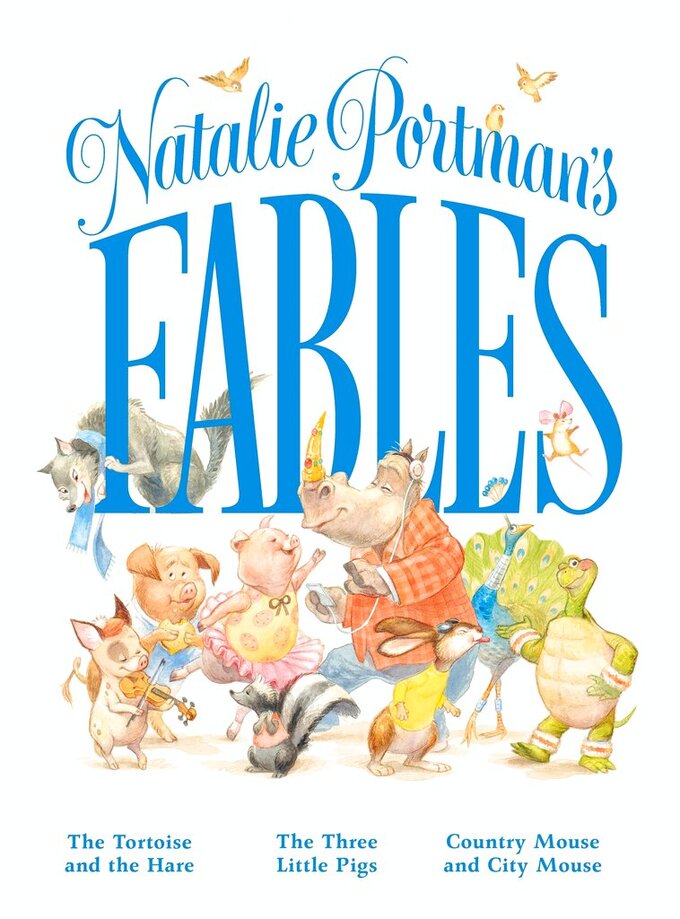 New York (AP) — Natalie Portman is putting her body through the paces to get into fighting shape for her next Marvel movie. The Oscar winner, preparing to film “Thor: Love and Thunder” in Sydney, Australia, is training hard after a monthslong pandemic pause in her diet and exercise regimen.

“It was a free-for-all. I did not exercise at all, I ate all the foods I needed and wanted,” she said, laughing and acknowledging that she's “really tired” of waking up early for the renewed exercise program. Portman said she recognizes she's fortunate that her job keeps her accountable, "so I have no choice but to tough it out.”

Like so many, she's also a busy mom navigating her 9-year-old son and 3-year-old daughter's school and socialization during the pandemic. She pauses an interview to silence her phone, which keeps dinging because her son is on a text chain with his classmates.

Motherhood is what makes her latest project, “Natalie Portman’s Fables,” so close to her heart. Portman tweaked three classic children's stories — “The Tortoise and the Hare," “The Three Little Pigs” and “Country Mouse and City Mouse” — to make them more gender-inclusive.

In her version, the persistent and confident tortoise who quietly outpaces the hare is a female. “That's almost a message to myself,” Portman said. "Pay attention and slow down."

“Children’s books have this very special place in our lives because we read them over and over and over again like no other books," the 39-year-old actress said. “They have a way of instilling information and values into both the children and parents. And when I was reading the books, I was struck by how the classic stories had overwhelmingly male characters and thinking, 'What am I telling my kids — both my son and my daughter — about whose stories are important to tell and also whose lives they should care about?”

She said her goal was to preserve and update the stories to reflect contemporary culture, “which is many genders, and not just a predominantly male world.”

Portman says by emphasizing values such as empathy, kindness and caring for the planet, the book is “like a love note” to her kids “about what I hope they do in the world."

She said her kids served as “mini-editors,” with son Aleph picking up on word play and daughter Amalia appreciating the humor in illustrations by Janna Mattia.

She was a book lover as a child and saved her favorite children’s books for her kids, and is happy that her son has grown to love Beverly Cleary and Judy Blume stories. For her next writing project, Portman is hoping to tackle something in her son's comfort zone, perhaps a graphic novel.