NBA says strict protocols will be in place for All-Stars 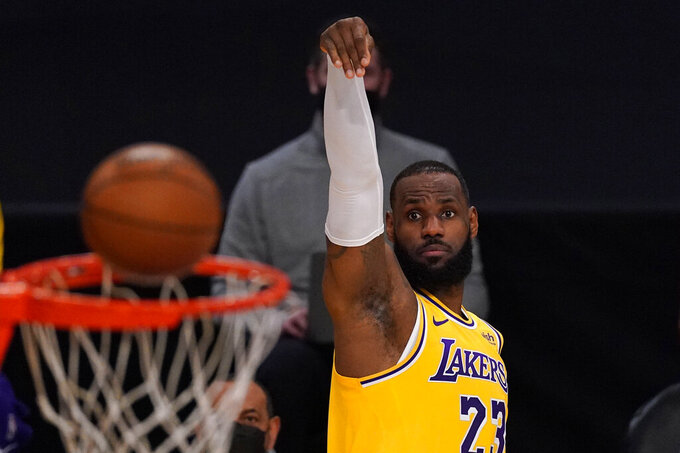 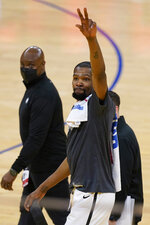 Parties may be part of NBA All-Star weekend next month.

They just won’t include NBA All-Stars.

Players taking part in All-Star weekend in Atlanta will largely have to remain in their hotels when not at the arena, the league told teams on Monday, and all players and coaches — whether part of All-Star events or not — will have to continue getting tested daily for COVID-19.

The NBA and the National Basketball Players Association agreed on those rules, the league said in the memo laying out the health and safety protocols that will apply during the break. The league plans to announce starters for the All-Star Game on Thursday, and the reserves on Feb. 23.

The first half of the season ends March 4, and All-Star event participants arrive in Atlanta on March 6. The game and skills contests are March 7 and — for some teams — games will resume March 10, or a day earlier than initially planned. Other teams will resume play on March 11 and March 12.

All-Star participants will be traveling to Atlanta by private planes or cars, facilitated by the NBA, and must arrive by 7 p.m. on March 6. They’ll be tested that night and again on game-day morning.

Each player can bring up to four guests, examples of which include family members, longtime close friends, agents and child-care providers. In some cases, players may be permitted to bring up to six guests, provided the additional names on their list are their children. They will not be permitted to exceed the list of four for additional friends or agents.

All guests will have to participate in seven days of at-home quarantine — with exceptions for essential activities — starting Feb. 27, and return four negative coronavirus tests from March 2 through March 5.

Players not participating in All-Star events may travel in the U.S., including Hawaii, Puerto Rico, and the U.S. Virgin Islands, during the break. But they must obtain private accommodations for those trips, not hotels or resorts, and are “strongly recommended” to travel private as well.

Other protocols put in place for this season will continue to apply, such as the ones barring players and coaches from going to bars, lounges and clubs and participating in “indoor social gatherings of 15 or more people.”

All players will need to be in their team market, or the market where their season will resume, two days prior to the first game coming out of the break.