NBA tells teams rules will be relaxed for vaccinated persons 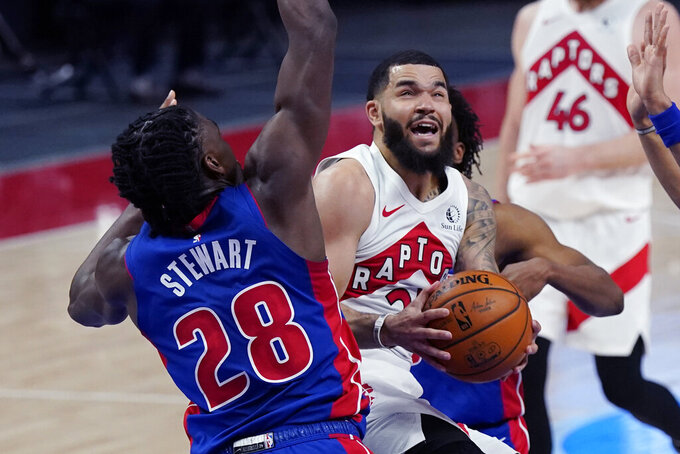 The NBA is relaxing some of its health and safety protocols for individuals who are fully vaccinated, changes including fewer mandated coronavirus tests, no quarantine requirements following contact tracing issues and even the ability to visit restaurants again.

Only one team — the New Orleans Pelicans — has publicly acknowledged a team-wide vaccination effort so far, doing so this past weekend after state rules in Louisiana were amended and made it possible for the team to start the process for players, coaches and staff. No one in the NBA will be considered fully vaccinated until two weeks after receiving the final vaccine dose.

Once that happens, rules for some of those individuals will change, the NBA said in a memo sent early Thursday to teams and obtained by The Associated Press. Daily point-of-care testing will not be required for players or head coaches prior to entering team facilities, nor will testing still be required on days off.

NBA Commissioner Adam Silver said at the All-Star Game earlier this month that changes would be in store for those who choose to get the vaccine.

“Right now we operate under this so-called work quarantine protocol, where players are largely only going between their homes and the arenas,” Silver said. “Once they get vaccinated, they’ll be able to do more in their communities. That’s something we’ve already begun talking to the players association about. So, there will be some real advantages and benefits to getting vaccinated for the players.”

The contact tracing part of the new rules will be a major benefit. Being flagged by contact tracing has been an issue for many players this season including Ben Simmons and Joel Embiid of the Philadelphia 76ers, both of whom had to miss the All-Star Game and the start of the season’s second half because a barber that they visited tested positive — but they did not. Had they been fully vaccinated, they would not have had to miss any time even after being around someone who tested positive for COVID-19.

Other benefits for those who are vaccinated, the league said, would include the ability to have other family members and friends visit their homes without a need for testing; being able to have visitors at the team hotel on road trips; eating outdoors at restaurants at home or on the road; and being able to commute to and from team facilities with other fully vaccinated individuals.

And when a team has 85% of its personnel vaccinated, those individuals who got the shots will not be required to wear facemasks at their team’s practice facility, may eat indoors or outdoors at restaurants as local rules allow, eat on flights, leave the team hotel more freely on road trips and schedule more user-friendly testing times.

Toronto’s Fred VanVleet revealed earlier this week that he tested positive for the virus and that his recovery process, at times, was not easy. VanVleet returned to the Raptors’ lineup on Wednesday.

“I wouldn’t wish it on anybody,” VanVleet said. “But I’m here, I’m alive, I’m breathing and I know there’s a lot of people that didn’t make it through COVID. So, my thoughts and my heart are with the families and people that’s been affected by this thing that weren’t as fortunate as I was — as I am.”

The NBA said earlier this week that three new players out of 490 tested between March 10 and March 16 returned positive COVID-19 results. More than 100 players have tested positive this season, nearly half of them doing so in November just before training camps around the league opened.