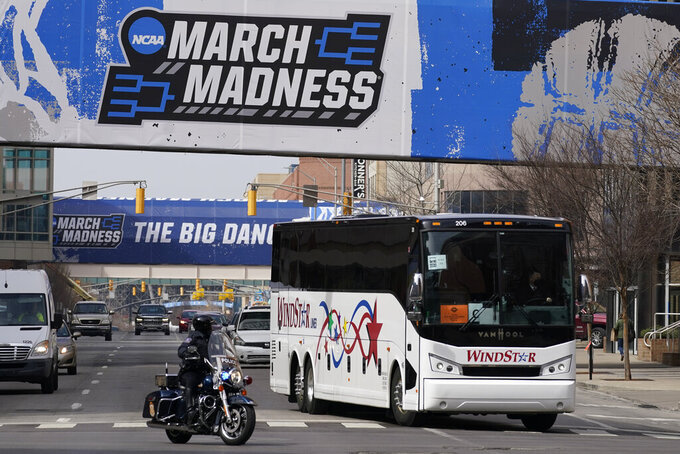 The NCAA Division I Council plans to vote in April on lifting the ban on in-person recruiting that has been in place for more than a year because of the pandemic.

The NCAA announced Thursday that member schools “generally support” lifting the extended dead period and bringing back in-person recruiting by June 1. The council last extended the dead period through May 31 back in February.

The council also said it wants to vote in April on a legislative proposal to allow all athletes the opportunity to compete immediately after transferring. Currently, athletes in high-profile sports such as Division I football and basketball must sit out a season after they transfer to another school in the same division.

A vote on reformed transfer rules was expected in January, but put on hold when the Justice Department warned the NCAA that its proposed changes to transfer and name, image and likeness compensation rules might violate antitrust laws.

NCAA President Mark Emmert told the AP earlier this week he was hopeful the two issues can be separated and action could be taken next month on transfer rules.