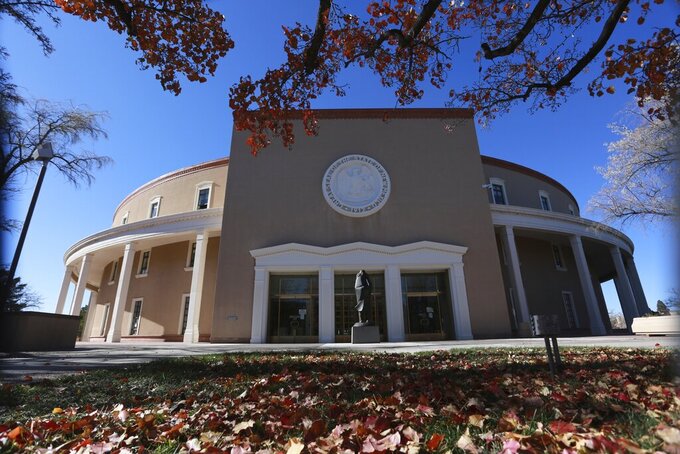 The spending plan for the fiscal year starting on July 1, 2021, avoids spending cuts to state agencies as direct federal relief to state government tapers off.

The plan also includes a cost-of-living pay increase for state workers and public school employees — with an extra salary bump for the state's health and social services workers battling the pandemic.

“We avoided any type of draconian budget cut," Democratic state Rep. Javier Martínez of Albuquerque said of the spending recommendations. “Our reserves are healthy. We are reinvesting in some of the most critical areas, whether it’s education, health care, infrastructure.”

Lead budget negotiators in the Democrat-led Legislature are recommending a $298 million increase in general fund spending, for a total of $7.36 billion for the coming fiscal year.

Budget negotiations will begin in earnest with the start of the 60-day legislative session on Jan. 19. They are likely to include proposals for first-time economic relief to low-wage workers in the private sector who have labored through the pandemic.

The Legislature and governor are largely in agreement on the need for increased spending for the state Health Department, which oversees coronavirus testing, infection tracing and vaccinations.

Legislators want to devote $300 million to pay down ballooning debts to the federal government for unemployment insurance benefits that were paid to jobless New Mexico residents.

That spending is aimed at avoiding future payroll tax increases to underwrite unemployment benefits that might hamper economic recovery, especially among small businesses, according to leading legislators and members of the Legislature's budget and accountability office.

The state's unemployment trust, overseen by the Workforce Solutions Department, faces a shortfall of at least $450 million for the current fiscal year that ends on June 30, 2021.

“The unemployment trust fund is a tremendous asset to small businesses that are going to be trying to recover, especially our restaurants and hotels and tourist industry, or the service industry around the state,” said Republican state Sen. Steven Neville of Aztec, in support of restoring the unemployment trust.

The Legislature's proposal would spend about $60 million to increase state and school worker salaries by an average of 1.5%. Another $3 million would go toward salary increases linked to the pandemic response. A pay hike of 6% is scheduled for state prison guards and state police officers, with a 3% percent pay rate increase for private prison workers.

The Legislature is not offering new funding for expansion of the governor's so-called opportunity scholarship, an initiative that aims to provide a tuition-free college education to in-state students.

Spending on federally subsidized Medicaid health care across New Mexico has surged to an all-time high as the coronavirus pandemic throws more people of all ages into poverty.

Leading legislators want to increase state Medicaid spending by nearly 12%, or about $112 million. That would shore up recently increased payment rates to physicians, clinics and hospitals and ensure an additional $300 million or more in federal matching funds.

In its pandemic response, the federal government has extended a 6.2% increase in the federal matching funds for states that meet enrollment requirements.

Legislators also are advocating for increased spending at frontline agencies for the state's pandemic response, including the Health Department, which has led coronavirus testing and contact tracing efforts as well as planning for distribution of virus vaccines.

“That’s going to be very, very critical with all of the lost learning that we’ve had during the pandemic,” Neville said. “I hope that we can overcome those losses and that kids can get back up to speed as quickly as possible.”

Nearly all of New Mexico's public schools have been in online-only teaching mode since March.

Teachers can boost their earnings through the extended learning programs, but some schools have shunned the effort and legislative analysts warn of possible new disparities in learning.

Neville noted that public school districts across the state are receiving $400 million in direct federal financial relief and should be in good financial condition.

The Legislature and governor are defendants in a lawsuit by parents and school districts seeking more resources to ensure that poor and minority students receive adequate educations. Legislators said their spending plan would provide $152 million toward satisfying litigation demands and court rulings.

Democratic state Rep. Patty Lundstrom of Gallup, a lead budget negotiator in the House of Representatives, characterized the proposed state spending increases as cautious changes that would leave the state with financial reserves of $1.6 billion — equal to 22% of annual state spending obligations.

"We anticipate an even a stronger budget after the new Congress and the president start taking action," she said.