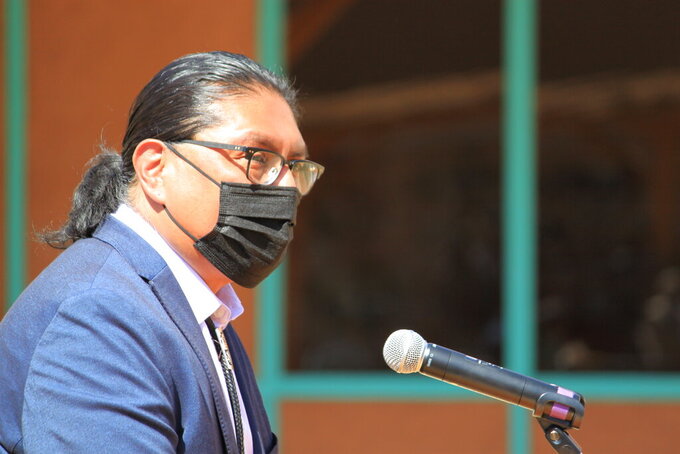 ALBUQUERQUE, N.M. (AP) — The U.S. government has agreed to provide emergency and in-patient care at a hospital on tribal lands in New Mexico at least through next February after patients for weeks were forced to travel to other hospitals, including those about an hour away, during the height of the pandemic.

A federal judge signed off earlier this week but noted the case could be reopened if the deal is violated.

Acoma Pueblo Gov. Brian Vallo called the agreement a significant victory, saying it was unfortunate that the pueblo had to sue to restore services. At the time the case was filed in January, Vallo said previous pleas had fallen on deaf ears and that losing services couldn't have come at a worse time as the tribe was among those hit hard by the coronavirus.

While the agreement with the Indian Health Service has its limits, Vallo said in a statement that he's optimistic.

“This is a chance to redesign the hospital and determine what’s best to meet the medical and health care needs of both tribal and surrounding nontribal communities going into the future," he said. “We need a permanent solution. Unfortunately, the agreement is only in place until February of 2022, and there’s no assurance of continued or increased funding by the federal government. Congress and the IHS need to step up.”

The agency said in a statement Thursday that it continues to communicate regularly with tribal leaders. It did not answer questions about the hospital’s future, other than saying it was committed to providing comprehensive, quality care to patients.

Criticism of the Indian Health Service and chronic funding inadequacies have spanned decades and numerous presidential administrations. Lawyers for Acoma said last fall's closure was just the latest example as the agency has been moving to downsize smaller hospitals in favor of having centralized health care facilities.

Tribal officials had argued that the agency is required under federal law to provide a year’s notice to Congress whenever it plans to close one of its hospitals. They say that didn’t happen before critical services were halted in November at the Acoma-Canoncito-Laguna Service Unit hospital. The hospital was converted to an urgent care unit offering limited services only during regular business hours.

The federal court in late January ordered the agency to maintain emergency services at the hospital while the parties negotiated.

In February, the Indian Health Service submitted its closure plan for the hospital and talks continued.

As part of the agreement, the agency committed to using temporary resources, on a one-time basis, to fund emergency and in-patient departments at the hospital through February 2022. It also agreed to make its best efforts to maintain staff levels and secure additional staff if necessary to continue operations for the period.

Questions about the hospital’s future came up last year after the Indian Health Service received a proposal from Laguna Pueblo, a neighboring community that had plans to open a health clinic that would offer similar services. The agency indicated at the time that it would redesign what would be offered at Acoma and began notifying employees — prompting many to retire, resign or transfer.

The agency announced in March that it had transferred management and operation of some programs to the new Laguna clinic.