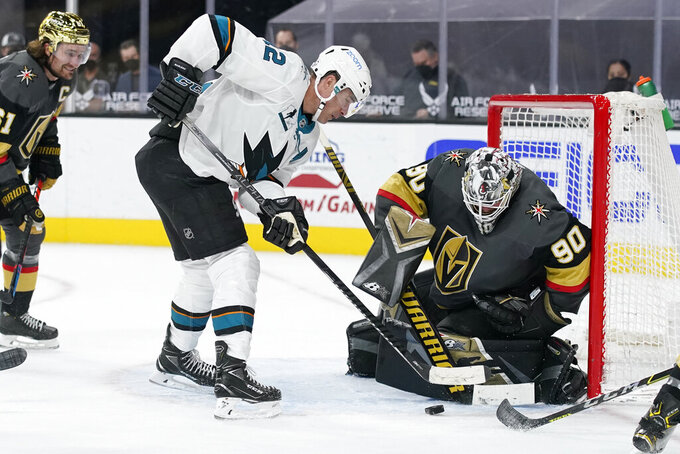 The NHL on Wednesday confirmed it has not guaranteed loosened virus protocols for players who are vaccinated after Vegas goaltender Robin Lehner ripped the league for what he said were unkept promises.

“Nobody from the league has communicated to any player or club that any of our COVID protocols would be ‘relaxed’ for any player once he is vaccinated,” a league spokesman said.

The NFL, NBA and Major League Baseball have set vaccination thresholds to relax some protocols, such as mask-wearing and prohibition of outdoor dining, when a certain percentage of team personnel are fully inoculated against COVID-19. Those leagues have all teams currently playing in the U.S., where everyone 16 and older can get a vaccine. The NHL has seven teams in Canada, where eligibility — the nation only recently moved to 40 and older in some jurisdictions — and availability is not nearly as robust.

Lehner said the league showed players the NBA's protocol plan and told them “(when) X amount of players leaders in this team or leaders around the league takes this vaccine, a new set of rules are going to come out.” He said he had calls with the league and NHL Players' Association on Tuesday and found out nothing was changing.

The league has not publicly announced any changes to its pandemic protocols, which limit where players, coaches and staff can go. Lehner's comments concerned the mental health of himself and fellow players, a topic he has talked about often in recent years.

“Look at the NBA, NFL and the other leagues,” he said. “They’ve already implemented these things. And now we are, we are vaccinated and we’re still going to be trapped in a prison.”

Lehner apologized on Twitter for his use of the word “prison” but stood by his mental health concerns given the restrictive protocols.