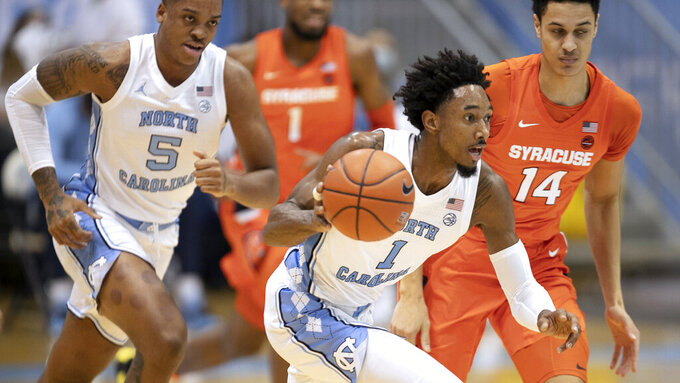 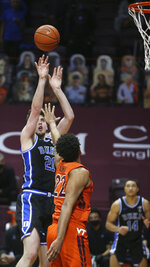 No. 18 Virginia (8-2, 4-0) at No. 12 Clemson (9-1, 3-1). Two of the ACC’s five ranked schools clash, with both riding four-game winning streaks. However, Clemson is eager to get back in action after games at Syracuse on Tuesday and North Carolina last Saturday were postponed because of a positive test, quarantining and contact tracing within the Tigers’ program. Points could be hard to come by with Clemson and Virginia 1-2 in scoring defense at 57.6 and 60.3 per game respectively. The Cavaliers are coming off Wednesday night’s 80-68 win over Notre Dame, recording their second-highest scoring output since routing Towson 89-54 in the season opener. Virginia leads the series 77-53 and has won the past 10 meetings. Clemson is 35-25 at home against the Cavs and 5-0 in Littlejohn Coliseum this season.

No. 16 Louisville and Notre Dame must regroup quickly following Saturday’s scheduled games at Miami and against Boston College respectively. Both schools will play on Monday’s Martin Luther King Jr. national holiday, with the Cardinals hosting Florida State in ACC play and the Fighting Irish traveling to Washington to face Howard in a nonconference game.

Duke’s Matthew Hurt followed up being named ACC Player of the Week on Monday with a 20-point, 11-rebound performance the next night in a loss at No. 20 Virginia Tech. His 19.6-point average leads the ACC. Tuesday marked Hurt’s third double-double this season and he has scored at least 17 points the past seven games. The sophomore forward averaged 21.5 points and 8.5 rebounds the previous week as the Blue Devils topped Boston College and Wake Forest.

Florida State shot nearly 71% in its return Wednesday against North Carolina State, a program best in ACC play and fifth best overall in school history. ... Virginia’s Jay Huff, 7-foot-1, made a career-best four 3-pointers for 18 points against Notre Dame. ... Boston College made a season-high 18 3-pointers in an 84-62 win over Miami and tops the ACC with 114 from behind the arc. ... North Carolina became the first men’s basketball program to play 1,000 ACC games and beat Syracuse 81-75 on Tuesday night for its record 708th conference win. ... Duke senior guard Jordan Goldwire has 23 steals, which ties for third most through eight games by a Blue Devils player.

No. 2 Louisville, 10-0, 3-0 entering Thursday's night game against Boston College, hosts Florida State (4-1, 3-1) on Sunday to replace its postponed meeting against No. 3 North Carolina State (10-0, 5-0), which remains in COVID-19 protocol. The Cardinals' meeting with FSU moves up from Feb. 23, which had been the makeup date for the original Dec. 17 meeting. The visiting Seminoles have had two postponements and will be playing their first game since beating Virginia Tech on Dec. 31. Louisville guard Hailey Van Lith was named Rookie of the Week for the second time on Monday after averaging 11.3 points, 7 rebounds, 2.3 rebounds and 1.7 steals per game in victories against UT Martin, Virginia Tech and Clemson.