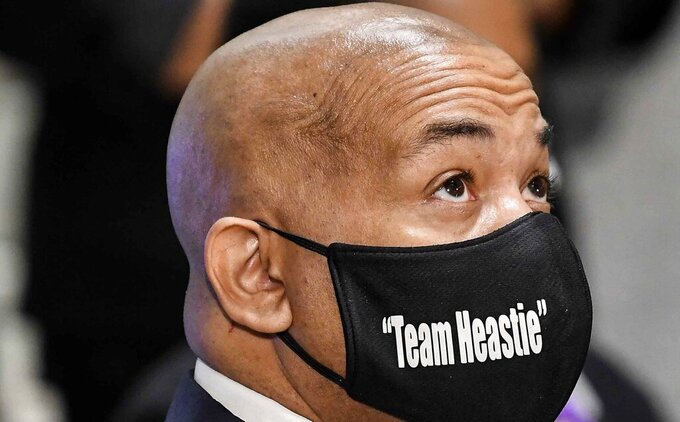 ALBANY, N.Y. (AP) — New York Assembly Speaker Carl Heastie was one of two lawmakers who said they tested positive for COVID-19 on Tuesday, though both Democrats said they were experiencing only mild symptoms.

Assembly member Ron Kim of Queens announced his positive test on Twitter, saying he was in quarantine. Kim has been one of the loudest voices calling for Gov. Andrew Cuomo to be impeached as the governor faces scandals revolving around the classification of nursing home deaths and allegations of sexual harassment.

Kim said Cuomo had vowed to “destroy” him during a private phone call for nursing home criticism he felt was unfair. Cuomo has denied the allegation.

Heastie, who represents the Bronx, said he would be working from his Albany residence as he and other leaders of the state Legislature try to reach a state budget deal with Cuomo by the April 1 deadline.

Heastie tested positive despite receiving the first of two vaccine doses on March 6. It generally takes two weeks after a second dose of the Pfizer or Moderna COVID-19 vaccines for a person to build full protection from the virus.

“I am in frequent contact with my physician and look forward to a full recovery,” Heastie said in a prepared statement.

The Assembly began meeting virtually when the pandemic struck last year to limit the spread of the virus among lawmakers and staff.