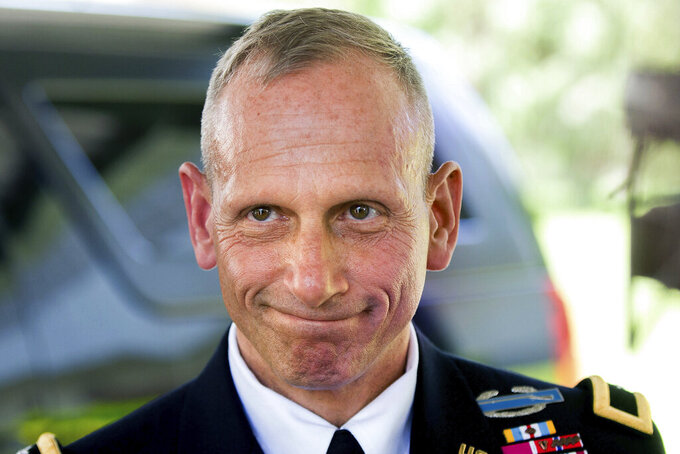 CONCORD, N.H. (AP) — One candidate seeking the Republican nomination for U.S. Senate in New Hampshire proudly calls himself an outsider. One of his opponents uses the same word against him.

Messner, 63, of Wolfeboro, is a U.S. Army veteran and attorney who founded a Denver-based law firm with offices in eight other cities. He said his diverse experience in both the military and private sector makes him a better choice than Bolduc and has given him perspective that Shaheen lacks.

“I’ve created jobs for my own business, I’ve helped other businesses create jobs. I’ve navigated bureaucracy many, many times on behalf of businesses. I know how to get things done. I’m a political outsider, and I think we need political outsiders,” he said. “I think career politicians like Jeanne Shaheen have contributed to the problems we’re facing today.”

But Bolduc, 58, of Stratham, argues Messner is too much of an outsider when it comes to understanding the state he wants to represent. Though he's owned a vacation home in New Hampshire for many years, Messner has been a full-time resident for fewer than three years.

“He is an out-of-stater that hasn’t earned the opportunity to run for U.S. senator,” said Bolduc, who was born in Laconia and has lived in the state most of his life aside from his military posts.

“Fundamentally, it’s about roots. It’s about understanding New Hampshire. It’s about being able to relate to the people,” he said. “He’s basically come here from outside of the state with a bag of money. ... I live like the average New Hampshire voter. He does not. So it’s hard for him to understand what the average person is going through.”

Bolduc said he gives Shaheen credit for her decades of public service and for being a role model as the first woman in U.S. history to be elected both a governor and U.S. senator, but said she has lost touch with her constituents and veered into “the politics of power and money.” He puts Messner in that same category, citing an ongoing investigation into a charitable foundation Messner founded in Colorado.

The investigation was spurred by a recent Washington Post article about the Messner Foundation, which was touted as helping low-income college students but provided just a single scholarship in its first 10 years of existence while also contributing $50,000 to an elite private school Messner’s sons attended.

The foundation is accused of swindling both students it promised to help as well as those who purchased tickets to fundraising raffles. But Messner said critics are conflating the foundation’s activity from before and after 2015. Before then, it used money from his law firm to donate to the private school. The raffle money, which came later, was used for scholarships for two students.

“The story is largely a misrepresentation of the foundation,” Messner said. “It has done really, really good work. This is not a large foundation, and I’m proud of what the foundation has done.”

The candidates largely agree on the issues, and both support President Donald Trump. Messner snagged the president’s endorsement, and spoke at his rally last week in Londonderry. But Bolduc claims the endorsement helped him more because it boosted his fundraising.

In a debate that aired Tuesday night on WMUR, both candidates were asked about past statements related to the coronavirus pandemic.

Bolduc stood by his false claim that the virus began as a biological warfare agent engineered in a Chinese lab.

Messner said he was misinterpreted as saying that President Donald Trump was trying to be “inspirational” when he raised the unproven idea of injecting disinfectant as a way to fight the disease, which drew sharp criticism from many health experts. Messner said he wasn’t referring to any specific comment by Trump when he said the president “talks in aspirational terms.”