Over in a hurry: A couple bad days end MLB seasons 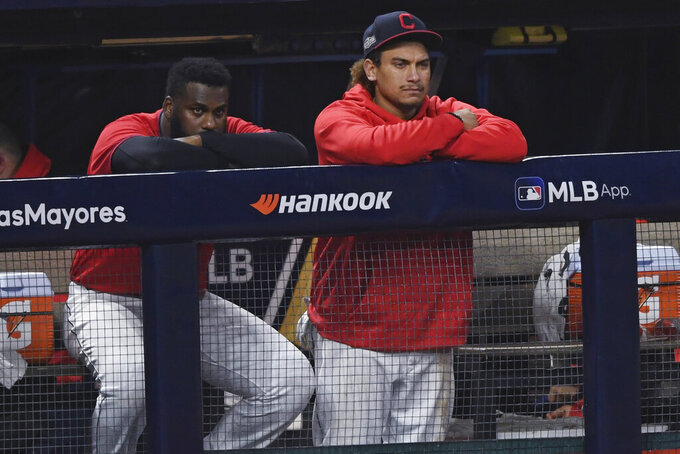 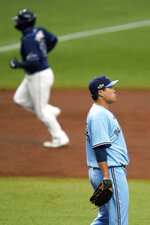 Joey Votto was at a bit of a loss to describe what had happened to the Reds. Two games, 22 innings and zero runs: Just like that, Cincinnati and its faltering offense had been eliminated from the MLB playoffs by the Atlanta Braves.

“There's so few opportunities to show your true selves in a two-game series,” Votto said Thursday.

For fans who enjoy chaos, drama and sheer randomness, the past three days provided it. For good baseball teams that endured months of semi-quarantine, COVID-19 protocols and eerily quiet stadiums, watching a season end in less than 36 hours was brutal.

It's not just the Reds who are done. The Cleveland Indians were swept away by the New York Yankees, the AL Central champ Minnesota Twins were bounced by the Houston Astros and the up-and-coming Toronto Blue Jays were pushed aside by the Tampa Bay Rays.

In Thursday's nightcap, the Milwaukee Brewers had their season end after a 3-0 loss to the Los Angeles Dodgers.

“It's not a good feeling. It's a bad feeling,” Reds manager David Bell said. “There's no other words that can make you feel better when you compete all year, you battle and you work year-round and put everything you have into it, and you lose.”

Major League Baseball's history has been built around the long haul, so this year's 60-game regular season was quite an adjustment from the usual 162-game grind. Now with the switch to the 16-team playoffs as part of the COVID-19 altered schedule, the opening-round, best-of-three series became another shock to the system.

The short playoff rounds aren't totally unprecedented. Baseball has moved to a more sudden-death approach over the past few years, incorporating a winner-take-all, wild-card game in the AL and NL that essentially functioned as a play-in game.

But in that system, division winners always had the luxury of automatically advancing straight to the Division Series, where a best-of-five test awaited. That wasn't the case this year: The Twins — who won 36 games and the AL Central — were knocked out in 18 innings by the resurgent Astros

Much like the Reds, the Twins' bats went cold. They scored two runs in two games in front of an empty Target Field and their season ended on Wednesday.

“I guess we feed from the fans. That’s the only thing I can mention,” Twins designated hitter Nelson Cruz said. “It doesn’t matter if you play on the road or if you play at home, we all play for fans and the energy that fans bring. You can’t replace it with anything.”

That might be one reason home-field advantage hasn't been overly important during the postseason. The top four seeds in the NL and AL are hosting all games of the first round, but with cardboard cutouts of fans in the seats and piped-in noise, nothing really resembles an intimidating atmosphere.

The home teams did rally with a 4-0 record on Thursday. That pushes the hosting team's advantage to 9-7 (.562 winning percentage) so far in the postseason.

That's largely in line with results during the regular season. With a revised schedule that restricted teams to their geographic regions — East vs. East, Central vs. Central and West vs. West — home teams went 500-398 for a .557 winning percentage, the highest since .559 in 2010, according to the Elias Sports Bureau.

Whether home or away, the end came quickly for some teams over the past few days. Even if the schedule was shorter, it didn't make the process any less painful.

“It's a really tough season, everything to go through, playing through a pandemic, doing all this,” Reds catcher Tucker Barnhart said. “Being away from our families in such a way that we're not accustomed to whatsoever. It made it all difficult, it made it more stressful than it is in a normal year.”