Pats focus on defense at unofficial start of free agency 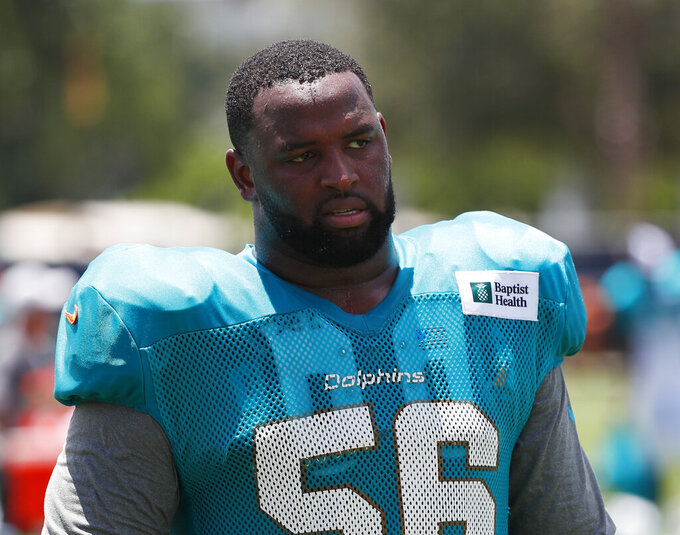 BOSTON (AP) — The Patriots took a step back on defense last season. It's prompted Bill Belichick to focus a lot of attention — and money — on that side of the ball at the unofficial start of free agency.

A person familiar with the deal said Monday the Patriots have agreed to sign edge rusher Matt Judon to a four-year, $56 million deal — including $32 million guaranteed — for the the former Baltimore Ravens standout who totaled 15 1/2 sacks in earning back-to-back Pro Bowl selections in 2019 and 2020. The person spoke on condition of anonymity because the deal has not been announced; new contracts can’t be finalized until the start of the new league year on Wednesday.

Belichick didn't completely ignore his offense, signing former Titans tight end Jonnu Smith in his biggest move to date to fill the void created by the departure of Rob Gronkowski. Smith agreed to a four-year, $50 million deal, his agent Drew Rosenhaus confirmed to The Associated Press.

At 6-foot-3, 250 pounds, Smith has been a consistent presence for Tennessee, appearing in 60 games with 53 starts over the past four years. His improvement has been steady and he is coming off his best season with the Titans, catching 41 passes for 448 yards and eight touchdowns.

Smith, like Mills, took to social media to express his excitement about heading to New England.

“All I know is work. Patriots lets get to it," Smith tweeted.

The flurry of spending is an atypical move by Belichick. He has been able to get players to sign salary cap-friendly contracts with a handful of exceptions during his tenure in New England, with the lure of joining rosters ready to compete for Super Bowl titles.

He doesn't have that luxury this year coming off a 7-9 season. But he does have cash to work with, starting the free agency period with about $65 million in cap room.

Judon, Godchaux and Mills add some instant heft to a defense which ranked 26th in the NFL in sacks (24) and allowed opponents to score touchdowns on 65% of their red zone trips, which ranked 27th in NFL.

Godchaux has spent all four of his NFL seasons in Miami, including the past two under head coach and former New England assistant Brian Flores. He was mostly a backup for the Dolphins appearing in all 16 games in 2018 and 2019. But he accounted for 123 tackles and three sacks over that span. He played in only five games last season before going on injured reserve with a shoulder injury.

If healthy, Judon would be in line for a big role in his sixth season. His skillset could be a nice complement on the outside of linebacker Dont'a Hightower, who is returning to the field this season after opting out in 2020 because of COVID-19 concerns following the birth of his first child.

Mills also fits in nicely to an already stout secondary, which already includes cornerback Stephon Gilmore and safeties Devon McCourty and Patrick Chung. Mills comes from Philadelphia, where he spent four of his first five seasons at cornerback. He moved to strong safety in 2020, starting 15 games and producing and interception and 1 1/2 sacks.