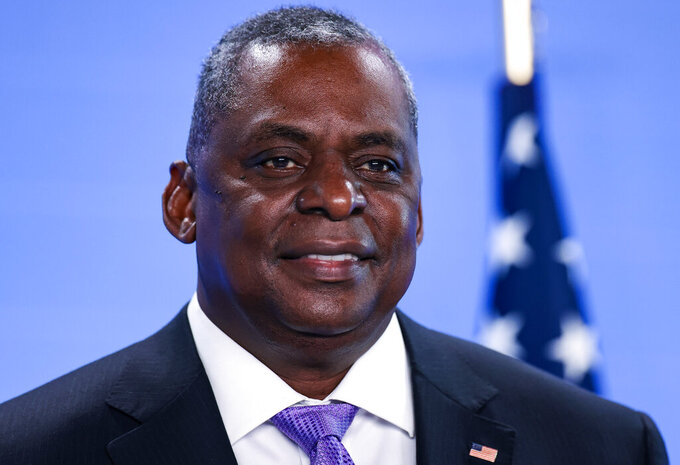 COLUMBIA, S.C. (AP) — U.S. Secretary of Defense Lloyd J. Austin is among the speakers at the University of South Carolina's spring's commencement exercises, which are being held in-person at the school's massive football stadium for the first time.

This is the first time that the University of South Carolina is holding its bachelor’s, master’s and professional commencement ceremonies at Williams-Brice Stadium, an alteration made to allow for social distancing due to the coronavirus pandemic. Graduates are limited to five guest tickets, and face coverings and social distancing are required.

Last year's ceremonies were held virtually due to the pandemic. An in-person recognition is planned for 2020 graduates later next month, school officials said.

Austin was confirmed by the Senate in January, becoming the nation’s first Black secretary of defense. The West Point graduate, with master’s degrees from Auburn University and Webster University, retired in 2016 after serving as the first Black general to head U.S. Central Command. He was the first Black vice chief of staff of the Army in 2012 and also served as director of the Joint Staff, a behind-the-scenes job that gave him an intimate view of the Pentagon’s inner workings.

Other commencement speakers include U.S. District Judge J. Michelle Childs, who will speak at a May 8 ceremony for graduates from programs including education, nursing, pharmacy and engineering. State Rep. Murrell Smith, chairman of the House Ways and Means Committee, will speak to School of Law graduates on May 7.

In all, the university says more than 5,700 students are expected to participate in next month's ceremonies. All of the speakers will receive honorary degrees, officials said.