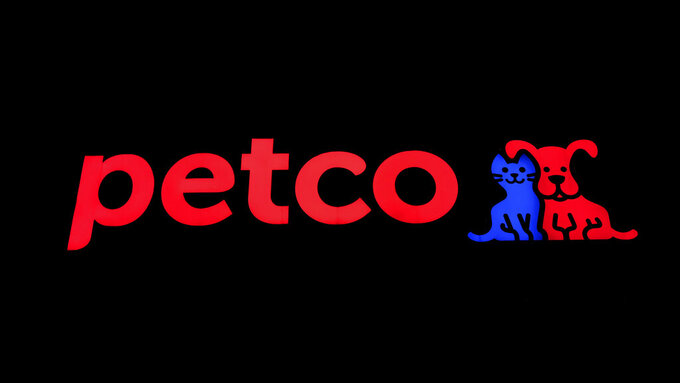 Petco’s stock, which opened at $18 Thursday, soared 63% to close at $29.40, valuing the company at more than $6 billion. It raised $864 million after selling 48 million shares in its initial public offering. The company plans to use that money to pay off debt.

It's the third time Petco has gone public since it was founded in 1965 as a mail-order veterinary supplies business. Both times Petco was bought and taken private, most recently in 2006.

Much has changed since then. Pets, which were once banished to the backyard, are now sleeping in their human's beds as Americans increasingly treat their cats and dogs like family members. Spending on treats, medicine and pet-sitting is expected to reach a record $99 billion last year, according to the American Pet Products Association.

To lure free-spending pet parents, San Diego-based Petco has been shaking up its image as more than just a place to buy kibble. At its nearly 1,500 stores, dogs can get a fur trim, visit a vet, take a training class or try on a new outfit.

In 2019, Petco stopped selling dog and cat food made with artificial colors, flavors or preservatives. It now serves meals for pooches that are even safe for humans to eat. And last year it gave itself a new spa-sounding corporate name: Petco Health and Wellness Co. Inc.

The pandemic has been good for business as more homebound people adopt pets and need a place to buy food, beds and squeaky toys. Revenue rose 9% to $3.6 billion in the 39 weeks ending Oct. 31, 2020, compared with the same period the year before. But profits still elude the company. It reported a loss of $20 million in that period, down from a loss of $88 million the year before. The company has been renovating stores and hopes more medical services at its in-store clinics and hospitals will boost profits.

During the pandemic, more people have been shopping for pet supplies online, with much of that spending going to online giant Amazon and online pet store Chewy. But Petco has been trying to snag more of that business by offering same-day shipping from its stores and curbside pickup at its parking lots.

Both options are cheaper for the company than shipping heavy bags of pet food and litter in the mail, said Petco CEO Ron Coughlin, in an interview with The Associated Press.

He said the company’s new stock symbol — “WOOF” — was not a slight to cat owners. While the majority of the company’s business comes from dog parents, Coughlin said he hopes cat, reptile and other pet owners see the stock symbol as a love for all animals.

To ring the opening bell at the Nasdaq stock market, where Petco started trading Thursday, Coughlin brought his 12-year-old Labrador retriever Yummy, who looked confused by all the clapping and falling confetti.

“It was overwhelming for all of us,” Coughlin said.