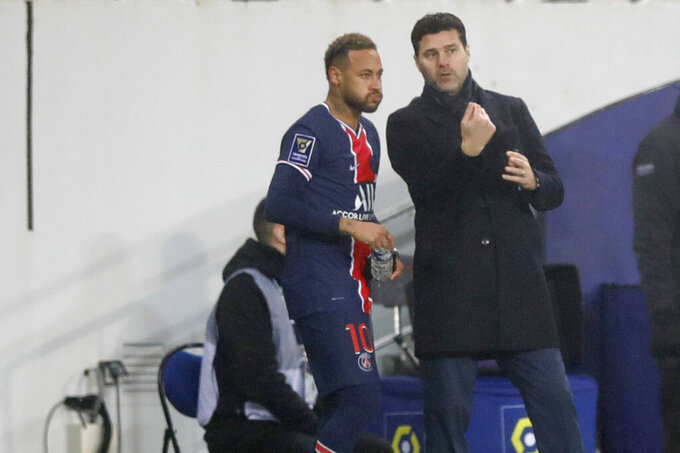 PARIS (AP) — Paris Saint-Germain coach Mauricio Pochettino has tested positive for the coronavirus and will miss the French league game at Angers on Saturday as he self-isolates.

D’Agostino was sat next to Pochettino during a news conference earlier Friday, acting as his translator from Spanish to French.

Pochettino took over this month after Thomas Tuchel was fired, and on Wednesday he won the first silverware of his career when PSG beat Marseille in the Champions Trophy.

PSG had players missing for that game after testing positive for COVID-19.

PSG's players hugged each other in a big group after the final whistle as they celebrated.

Pochettino was not wearing a face mask when he was hugged by Neymar after he scored a late penalty, nor when joining in trophy celebrations with the players.