Puerto Rico to lock down Sundays, close marinas for holidays 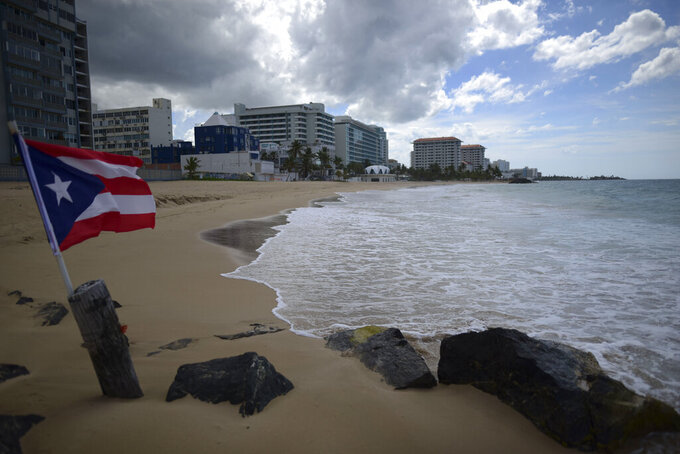 SAN JUAN, Puerto Rico (AP) — Puerto Rico’s governor on Thursday announced stricter measures to fight COVID-19, including a lockdown on Sundays and the closure of all marinas as the U.S. territory grapples with an increase in cases and deaths.

Gov. Wanda Vázquez also tightened a curfew, with businesses now ordered to close by 8:30 p.m. and no one allowed on streets from 9 p.m. to 5 a.m. except for essential workers and those delivering food until 11 p.m.

Only gas stations, pharmacies, grocery stores and hardware stores will be allowed to open on Sundays, though restaurants can offer delivery or carry-out. In addition, alcohol sales will be banned from 5 am. on Saturdays to 5 a.m. on Mondays.

The new measures begin Monday and run through Jan. 7, the height of the island’s Christmas holiday and tourism season. Beaches will remain closed except to those doing exercise.

“We have to pause to save the lives of our old people mainly,” Vázquez said after she read the names and ages of the latest COVID-19 deaths reported Thursday.

Some of the measures were criticized by various business groups, which warned that up to 25% of businesses might not survive the pandemic by next year, adding that the weekend ban on alcohol sales will hit especially hard.

The newest restrictions come as Puerto Rico still struggles to recover from Hurricane Maria and a string of strong earthquakes that hit nearly a year ago. The U.S. territory is trying to emerge from a years-long recession and to restructure a portion of its more than $70 billion public debt.

The governor warned that if the number of coronavirus infections and COVID-19 deaths kept increasing, she would implement a total lockdown. But, for now, she did not approve other restrictions recommended by independent health experts, including closing commercial businesses and allowing them only to sell online.

The island of 3.2 million people has had more than 52,000 confirmed coronavirus cases and more than 1,150 deaths from COVID-19. More than 100 people are now connected to artificial respirators, the highest number since the pandemic began. November also was the month with the highest number of deaths, with the intensive care unit of at least one major hospital at capacity.

“This is not acceptable for any government that values life,” the governor said.

Health Secretary Lorenzo González said more than 500 new cases are being reported daily, adding that the new measures are needed because health care workers are exhausted and the island’s health system heavily burdened.

“We need to give them a breather,” he said.

Officials have said they expect the first of some 1 million vaccine doses to arrive in mid-December, with health care workers and certain public employees taking priority.