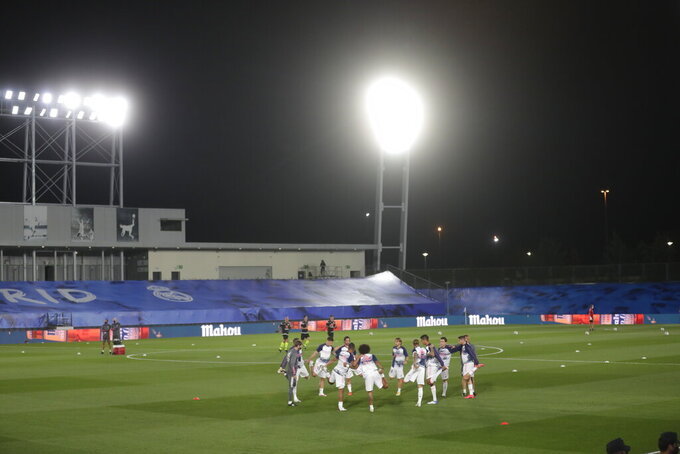 The Group B rivals got permission to change venues from the stadiums they used in last season’s competition.

Madrid will start using the Alfredo Di Stefano Stadium at its training center when it hosts Shakhtar in the group opener on Oct. 21.

The 6,000-capacity venue has hosted Madrid's Spanish league games since June during renovation work at the iconic Santiago Bernabeu Stadium and while fans have not attended games during the coronavirus pandemic.

“If Real Madrid qualify for the knockout stages, it will be assessed whether matches can take place at the Bernabeu,” UEFA said in a statement.

Shakhtar has not played a European game at Donbass Arena in Donetsk since February 2014 because of conflict between Ukrainian and Russia-backed separatist forces in its home region.

UEFA said Shakhtar will now play its home games at the Olympic Stadium in Kyiv, starting when Inter Milan visits on Oct. 27. The other Group B team is Borussia Mönchengladbach.

For more than three seasons, Shakhtar played its UEFA competition home games in nearby Kharkiv. For most of the three previous seasons starting in 2014-15, Shakhtar played further west in Lviv.

Madrid travels to face Shakhtar on Dec. 1. On its last visit to Kyiv, Madrid won the 2018 final against Liverpool.