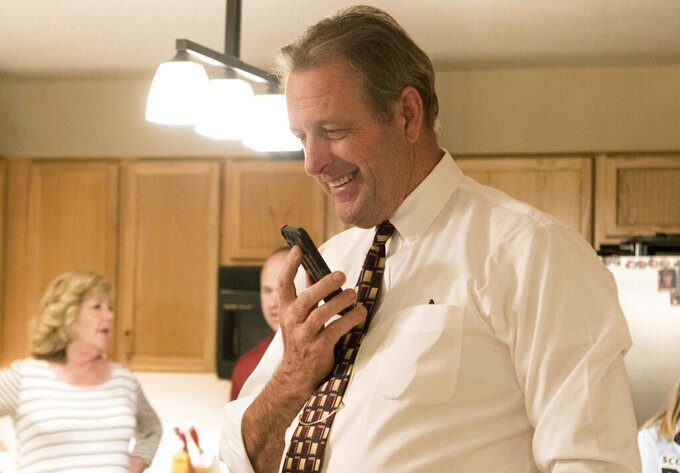 Lee switched his political affiliation last month from Democrat to Republican, citing a shift toward socialism in the Democratic Party — a charge he repeated in his campaign announcement Monday.

“I’m proud to kick off my campaign for governor of Nevada because Nevadans deserve a leader who will put Nevada values first, not the liberal, radical agenda we see today from Steve Sisolak,” Lee said in a statement.

In an interview, Lee faulted Sisolak for failing to speak out against a shift in leadership in the Nevada State Democratic Party, in which a slate of candidates affiliated with the Democratic Socialists of America were elected to most of the party’s top leadership spots.

“I never saw him one time stand up to them or say to them we're not going down this path here," Lee said.

He said he disagreed with Sisolak's handling of the pandemic, calling statewide shutdown measures imposed and restrictions “draconian” for Nevada's rural counties that are more isolated than the counties that include Las Vegas and Reno.

“By allowing his decision to treat everyone the same, I think he's destroyed a lot of the state for the next four years," Lee said.

Though he was a Democrat until April, Lee said he did not vote for Sisolak in 2018 and instead supported Republican Adam Laxalt. He also said he twice voted for former President Donald Trump but affirmed that Joe Biden won the 2020 presidential election despite Trump's false claims that it was stolen from him.

While Lee cited concerns about the Democratic Party's leftward shift in Nevada as a reason for his campaign, he was less concerned about on the shift in his new political party toward loyalty to Trump—including the recent move in the U.S. House to oust Wyoming Rep. Liz Cheney from GOP leadership for challenging the president and his election falsehoods.

“I think that Liz Cheney question is inside baseball. I’m not really next to that issue. I watched it somewhat. But I can tell you, my goals for Nevada are statewide goals right now," he said.

The mayor released a campaign video online Monday showing him riding a bicycle through the desert as he describes in a voiceover how he survived cancer. He was diagnosed with cancer of the nasal cavity in 2007.

He also compared his decision to change his political affiliation to that of former Republican presidents Ronald Reagan and Trump, who were both registered Democrats at one time.

“Socialism is a cancer, and if we don’t fight back, it’ll kill us,” he said in the video.

Lee, who served in the Nevada Assembly and state Senate, was defeated by a Democrat, Patricia Spearman, in 2012. He won election as mayor the following year of the city with a population of about 252,000 people.

Lee is a former member of the powerful casino workers' Culinary Union, having worked as a dishwasher at the Silver Nugget casino in North Las Vegas. He later started a plumbing business, which grew to include hundreds of employees, according to his campaign. He has since sold the business.

He and his wife Marilyn have seven children and are members of The Church of Jesus Christ of Latter-day Saints.

According to his mayoral website, he's an avid mountain biker and proudly displays an “I Brake for Butterflies” bumper sticker on his pickup truck.

Sisolak was elected in 2018, becoming the first Democratic governor of Nevada in two decades. He won his party’s nomination as the more moderate of two candidates.