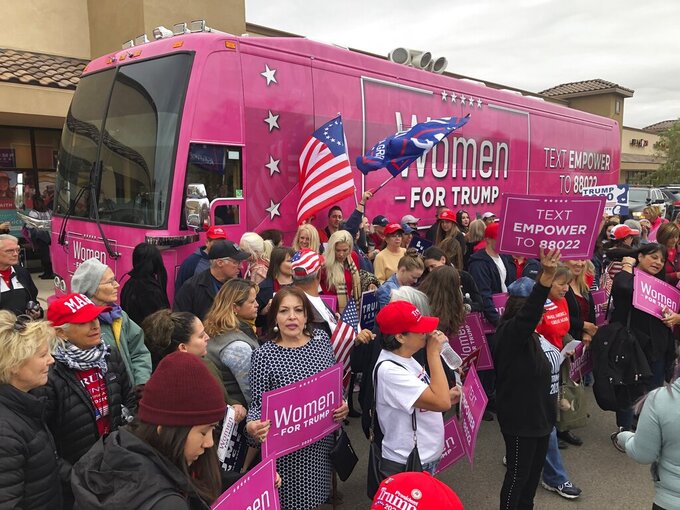 The Democratic governor described in a video conference to the House Committee on Financial Services how state leaders were contending with looming budget troubles and highlighted the need for federal support to ensure economic recovery and fight the spread of COVID-19.

Meanwhile, Senate Democrats on Thursday scuttled a scaled-back GOP coronavirus rescue package, saying the measure shortchanged too many pressing needs as the pandemic continues its assault on the country. The mostly party-line vote capped weeks of wrangling over a fifth relief bill that all sides say they want but are unable to deliver.

“States like mine that have taken tough and proactive measures to blunt the spread of COVID-19, must be able to use federal assistance to replace and backfill lost revenues or else make drastic, difficult cuts to essential services,” Lujan Grisham said. “Our effective, lifesaving response to the pandemic cannot be left as a millstone around the necks of New Mexico workers, families, local governments and small business owners.”

She said the state has spent $139 million on public health efforts such as testing and protective equipment, while allocating $750 million in federal recovery funds to sustain vital services. She warned the state still is “woefully unprepared” financially to help struggling small businesses and to provide relief on mortgage and rent obligations.

Prominent Republicans in the state are pushing to provide residents with more discretion to reboot businesses and open public schools, as the state GOP began staging mass political rallies in open defiance of a public health order that requires masks and limits gatherings to 10 people.

“I think it’s time to start getting the American people back to work and start moving forward and jump back in to Trump’s economy," congressional candidate Michelle Garcia Holmes said at a a rally Wednesday in support of President Donald Trump in Albuquerque's South Valley. “Our children deserve an education and they deserve to be with their peers. I think we can get our children back to school safely and methodically.”

Democrats said the bill is far too small and leaves out important priorities, including hundreds of billions of dollars for state and local governments, more generous jobless benefits, and help for renters and homeowners, along with other provisions in the House Democrats’ $3.5 trillion relief bill that passed in May.

At Wednesday's rally, a small number of people wore masks as more than 100 people gathered shoulder-to-shoulder inside a Trump campaign office to listen to speeches by GOP Chairman Steve Pearce and anti-abortion activist Elisa Martinez.

Democratic Party Chairman Marg Elliston called it irresponsible and dangerous to hold such events without encouraging masks and social distancing.

Trump is confronting pushback from state and local officials worried that his rallies are growing in size and flouting public health guidelines.

New Mexico is anticipating a nearly billion-dollar general fund deficit for the coming fiscal year, starting June 30, 2021, to meet annual spending obligations of $7.2 billion. Without additional federal support, that would exhaust financial reserves that were built over the past three years.

At the same time, government income from taxes on sales and services have been surprisingly resilient after the federal government delivered stimulus checks and supplemental unemployment benefits in response to the coronavirus crisis.