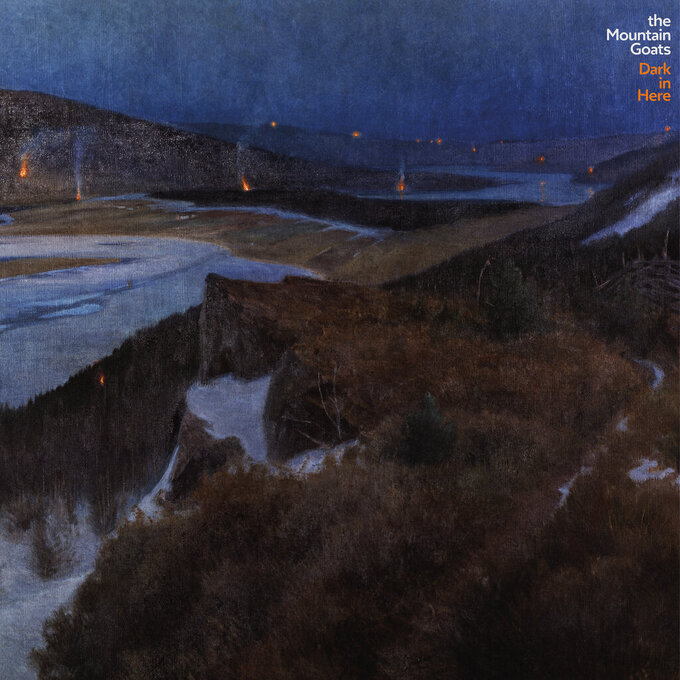 This cover image released by Merge Records shows "Dark in Here" by The Mountain Goats. (Merge Records via AP)

“Dark in Here” was recorded in 2020, that calamitous year of fear and mistrust. It shows.

High anxiety fills the Mountain Goats' new album, the product of sessions held in Muscle Shoals, Alabama, just as the COVID-19 pandemic began. So forgive the band for thinking time might be running out.

“Spores at play deep down in our lungs," frontman John Darnielle sings on the opening cut, “Parisian Enclave.”

“You will always have been here once,” Darnielle notes near the album's conclusion.

The music is fatalistic, but full of life. Humor leavens the mood, as is clear from such song titles as “Arguing With the Ghost of Peter Laughner About His Coney Island Baby Review” and “The Destruction of the Kola Superdeep Borehole Tower."

Musically, the Goats have never been better. Melodies grab hold, and the conspiratorial tone of Darnielle’s vocals fits the material. There's an appealing depth to the arrangements, which include keyboards by Muscle Shoals legend Spooner Oldham and occasional backing vocals that echo Steely Dan, along with the stellar drumming of Jon Wurster.

As toxins, demons and imaginations run wild, the Mountain Goats try to find the light.

“Life is short, and life is hard," Darnielle sings, "and life is sweet.”