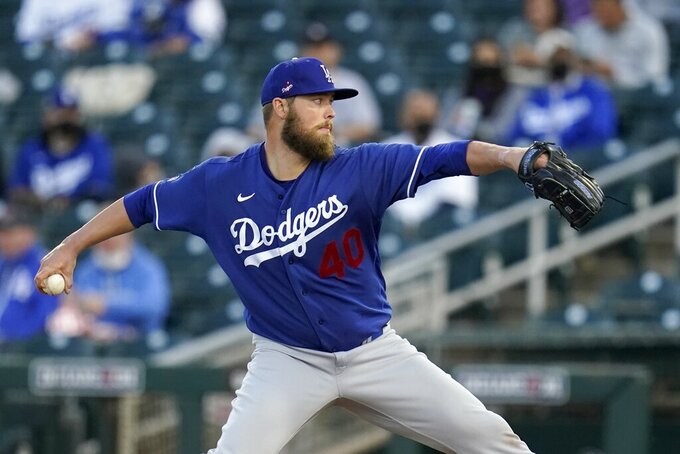 PHOENIX (AP) — Jimmy Nelson has earned a job with the World Series champion Los Angeles Dodgers after missing last season due to a back injury.

The Dodgers selected the 31-year-old pitcher to the 40-man roster Thursday and he signed a contract that pays $1.25 million while in the major leagues and $150,000 while in the minors.

Nelson allowed an unearned run over seven innings in four spring training appearances, giving up four hits and holding batters to a .160 average. He struck out nine and walked one.

Nelson signed with the Dodgers before last season but they said July 6 he needed lower back surgery and he didn't pitch all season. He had $277,778 in prorated pay from his $750,000 base salary. Nelson was among 11 major leaguers whose salaries were less than the $286,500 advance they received when the season’s start was delayed by the coronavirus pandemic.

Los Angeles declined his $2 million option in November, triggering a $500,000 buyout and allowing him to become a free agent. The right-hander agreed to a minor league contract with the Dodgers the following month.

Los Angeles opened a roster spot by transferring right-hander Tommy Kahnle to the 60-day injured list. Kahnle is recovering from Tommy John surgery on Aug. 5 and agreed in December to a $4.75 million, two-year deal with the Dodgers.