Royals hope youthful flexibility a plus during unique season 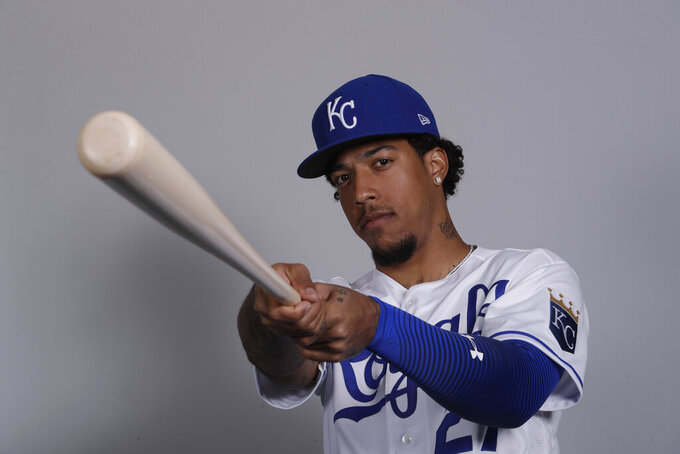 KANSAS CITY, Mo. (AP) — Royals manager Mike Matheny had just watched Salvador Perez and backup Cam Gallagher test positive for COVID-19, sending the only backstops on his 40-man roster into quarantine with just a couple of weeks before the start of the season.

The question posed to Matheny was a natural one: So, what do you think about being a player-manager?

“I think I could catch one out of one inning,” the longtime big league catcher replied, “and then I would need some help.”

The image of the 49-year-old Matheny back behind the plate is pushing the idea of flexibility to an extreme. But the Royals do hope their youth gives them a unique ability to adapt to the rapidly changing environment in which they hope to not just complete a 60-game season but actually contend into the final weeks of September.

This isn't a team full of veterans who have been through the 162-game grind and have a proscribed routine not only for each month or week but each day at the ballpark. Instead, this is a team of 20-something prospects who are just now getting their first taste of big league ball — under the strangest of circumstances — and who have spent the past couple of years going up and down the minor league ladder as they develop into professional players.

The Royals, who open the season July 24 in Cleveland, anticipated using this as a rebuilding year as Matheny took over for the retired Ned Yost. But now, all bets are off for a season in which one hot streak could land a team in the postseason.

The Royals added third baseman Maikel Franco, who hopes to rediscover the plate approach that made him an everyday player in Philadelphia. If he can do that, it would allow the Royals to keep Hunter Dozier in the outfield and Ryan O'Hearn at first base, strengthening the entire lineup.

Bobby Witt Jr. was having a splendid first spring training when the pandemic brought things to a halt, so the Royals made sure to bring their 20-year-old prized infielder to Kauffman Stadium for spring training 2.0. He almost certainly won't make the big league roster, but the tools he has flashed against veterans the past couple weeks are undeniable.

“My goal to come out here was just to learn, watch the players and how the big leaguers go about their business and learn more about the game," Witt said. "I'm just trying to learn and trying to have fun with it all.”

Also undeniable? The Royals have a bunch of talented arms that could be in the majors soon. Jackson Kowar, Daniel Lynch and Brady Singer are part of a wave of draft picks from the college ranks who have soared through the minors.

The Royals hope to have Perez and Gallagher back for the start of the season, but each needs to have two negative test in a 24-hour period to return to the team. If that doesn't happen, what they do at catcher is a bit unclear. Their best prospects at the position are MJ Melendez and Sebastian Rivero, but neither is considered ready for the big leagues.

“I am asymptomatic and will continue to work as hard as I can to stay ready while I quarantine,” said Gallagher, who tested positive the morning after playing in an intrasquad game. "The first couple weeks of workouts have just made me that much more excited about our ball club and I can’t wait to rejoin them and compete as soon as I’m allowed.”

O'Hearn and starter Brad Keller also have tested positive. Like the two catchers, they also were asymptomatic.