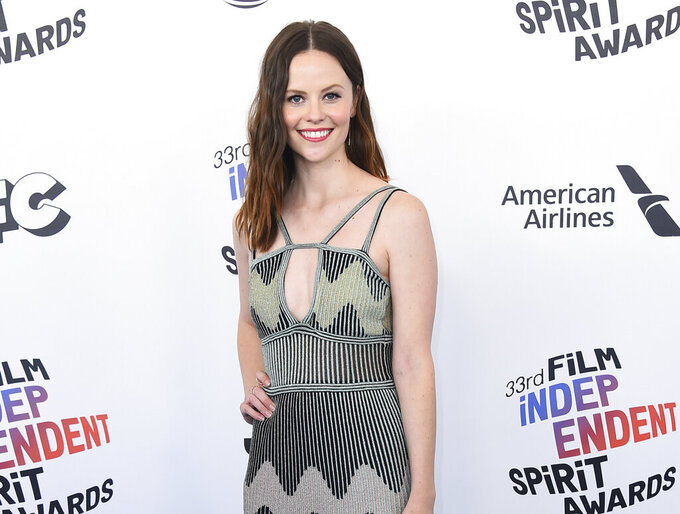 FILE - In this March 3, 2018 file photo, actress Sarah Ramos arrives at the 33rd Film Independent Spirit Awards in Santa Monica, Calif. Ramos has recreated other notable scenes from TV and film and aims to post one a week online during the downtime caused by the outbreak of COVID-19. She calls them quarantscenes. Sometimes a friend such as Dylan O'Brien, Aubrey Plaza or Elle Fanning appear, but Ramos usually acts out all the parts herself. (Photo by Jordan Strauss/Invision/AP, File) 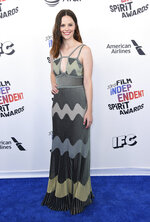 Ramos, whose TV credits include “American Dreams” and “Parenthood,” has spent her downtime recreating popular TV and movie scenes and posting them to social media. She calls them quarantscenes and aims to release one a week.

Sometimes a friend such as Dylan O'Brien, Aubrey Plaza or Elle Fanning appear, but Ramos usually acts out all the parts herself, like when she played both Jughead and Betty in a scene from “Riverdale.”

Last month, Ramos had a great 29th birthday. On that day, Andrew Garfield sent word about a video she posted online of herself and actor Dylan O’Brien recreating a scene from Garfield's film “The Social Network.” O’Brien played Garfield’s character Eduardo Saverin and Garfield’s reaction was, “If I had Twitter I’d let him know he MURDERED it.”

Ramos said she's long been the kind of fan who will watch things over and over and memorize lines.

“I definitely am a person who reads, watches and listens to something obsessively. And I grew up obsessed with pop culture,” she said.

When she was on the NBC series “American Dreams” she got invited to the premiere of the 2002 movie “Blue Crush” starring Kate Bosworth and Michelle Rodriguez. She couldn't believe how attending a red carpet event put her in close proximity to some of her favorite stars.

“Somebody told me and my mom that we could hire a publicist to go to more premieres. And I was just like, ‘Done.’ I had no sense of what a publicist actually did. I was just like, ‘I need to be at more of these, more red carpets, more free popcorn and more early screenings of movies.’ And that is really where I would get pictures with celebrities.” (Some of those photos are posted to her Instagram account.)

Ramos used to keep her inner-fan a secret but making so-called quarantscenes has helped her to think differently.

“I’ve had moments where I’m like, ‘Oh, I can’t really be a fan. You won’t take me seriously if I’m a fan.’ But I've really come around to the other side of that where I feel like everyone in this industry got into it because we were fans of other people. And remembering that keeps it fun and exciting," she said.

Ramos gets help behind-the-scenes, too. Her hairdresser has lent his collection of wigs to use during quarantine, which she calls “game-changing.” Her fiance, director Matt Spicer, also helps out when needed, like tipping her off on where to find an orange jumpsuit to film an upcoming quarantscene of “Legally Blonde.”

“He's very talented and very opinionated, so we have had some interesting collaboration conversations where I’m like, 'OK, I’m in charge. Stop it.′ But he is definitely the director of photography, a gaffer, an acting consultant. I run everything by him and sometimes I disregard his opinion.”

Ramos is tracking the suggestions from online followers for upcoming quarantscenes. “I’m here for the enthusiasm. I want this to be a dialog,” she said.

The videos are a fun way to pass the time and Ramos says if a casting director takes note, even better.

“The world of how talent is discovered has changed so much," she said. "I’m kind of like, ‘Fine, if people really discover me as an actor from these videos instead of the many TV shows I’ve been on or or whatever, who cares how they find it?’”

Alicia Rancilio is online at http://www.twitter.com/aliciar