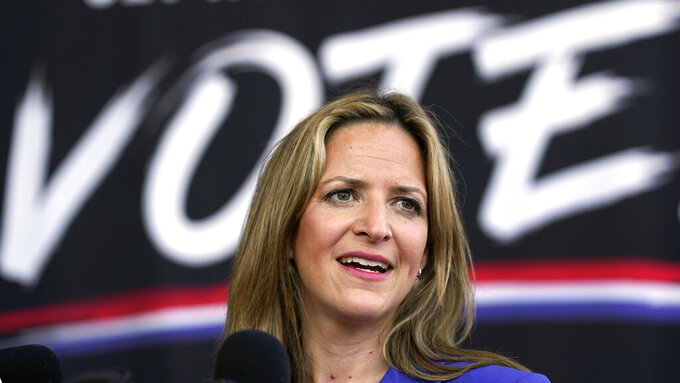 LANSING, Mich. (AP) — The Michigan Senate voted Thursday to give drivers more time to renew expired licenses and vehicle registrations during the coronavirus pandemic and to pressure Secretary of State Jocelyn Benson to restore people's ability to visit branches without an appointment.

The bills won approval from all 19 Republicans in the majority and six of 16 Democrats. The voting came days after Benson, who opposes a return to a “broken” take-a-number system but is facing legislative criticism, said greeters have been stationed outside busier offices to help motorists book an appointment if they did not make one online or by phone.

The legislation headed to the GOP-led House would extend the expiration date of plates, driver's licenses and state ID cards that expired after March 1, 2020, to Sept. 30. A 13-month grace period ended March 31, leading to a backlog as residents seek to conduct transactions.

Benson, a Democrat, is adding 350,000 appointment slots and letting people who need a disability placard come with no appointment. But lawmakers, particularly Republicans, say there should again be a walk-in option for everyone.

The bills would require Benson to submit a report detailing a plan to reopen all branches for in-person services without an appointment. The Department of State could not charge late renewal fees for plates, driver's licenses and ID cards until walk-in business is offered at least eight hours each day an office is open.

“The decision to end same-day services and go to an appointment-only system does not work when people still can't get an appointment for months in many areas,” said Sen. Ruth Johnson, a Holly Republican and sponsor of one bill.

Benson has said reinstating the walk-in option would not work because staff would be diverted. She renewed her call for legislators to increase her department's funding.

“Frankly, it’s astounding that any senator would force their own constituents backward into a system that already proved a failure,” Benson said in a statement. “In 2018, walk-in service and appointments were both offered 40 hours per week, but average office wait times had tripled and countless residents had no choice but to take time off work and pay for child care to wait in line for hours if not entire days.”

Her office has said expirations should be lengthened on a rolling basis instead of to a single day, to avoid placing pent-up demand on the system after Sept. 30.