Serbia leader says nation among top in Europe in vaccination 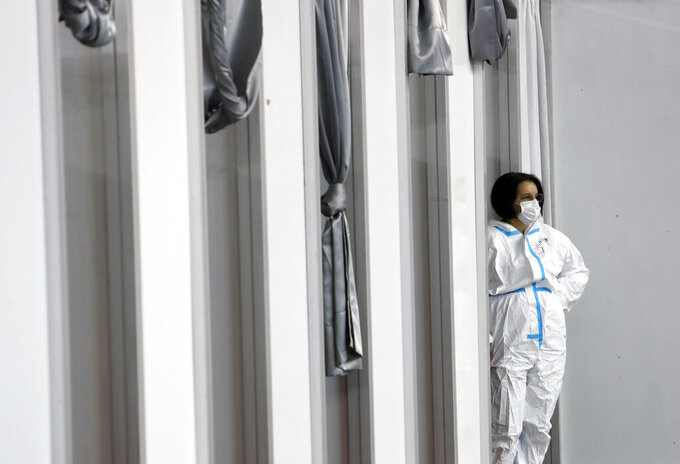 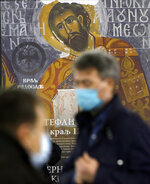 BELGRADE, Serbia (AP) — Thanks mostly to the Chinese and Russian vaccines, Serbia expects to take one of the leading positions in Europe when it comes to the rate of vaccination against the new coronavirus, the Serbian president said Tuesday.

Aleksandar Vucic announced the arrival of an additional 500,000 doses of Chinese Sinopharm vaccines, in addition to 100,000 doses of Russian-developed Sputnik V and 88,000 of U.S.-German Pfizer-BioNTech shots.

The initial shipment in mid-January of a million Chinese vaccines has given Serbia a jumpstart in the vaccination rollout in the Balkans and beyond.

Both the Chinese and Russian vaccines have yet to be approved by the European Medicines Agency.

“I am proud to say that this will ensure that Serbia takes the first or second position in entire Europe regarding the number of vaccinated people,” said Vucic, who has praised his administration for the inoculation that included lesser doses of Pfizer-BioNTech shots. "This speaks of great work and huge effort and I would like to congratulate everyone.”

The populist Serbian leader has been strengthening close political ties with Russia and China while formally seeking entry into the European Union. Vucic has publicly thanked Moscow and Beijing for delivering the vaccines.

There have been widespread concerns in the EU about the safety and effectiveness of the Chinese and Russian vaccines, as they haven't followed all required trials before getting approval in their countries. However, Hungary has broken ranks with the EU by granting provisional licenses to both Sinopharm and Sputnik V.

So far, Serbia, a country of 7 million people, has vaccinated more than 500,000 people with the first dose and started giving out the second one.

Vucic says a first batch of AstraZeneca vaccines is expected to arrive in Serbia by the end of February. A new round of mass vaccination as well as revaccination will start later this week, he announced.

Vucic said that Serbia has secured the vaccines through direct contracts and is yet to receive its share of jabs envisaged through the U.N.-backed COVAX Facility, along with other Western Balkan countries that are waiting for the shipments.

Chinese President Xi Jinping said Beijing is ready to consider “vaccine cooperation” with Central and Eastern European countries in a meeting held by videoconference with Vucic and other European leaders.

Serbia has reported more than 400,000 cases of the new coronavirus since the start of the outbreak, while 4,154 people have died.