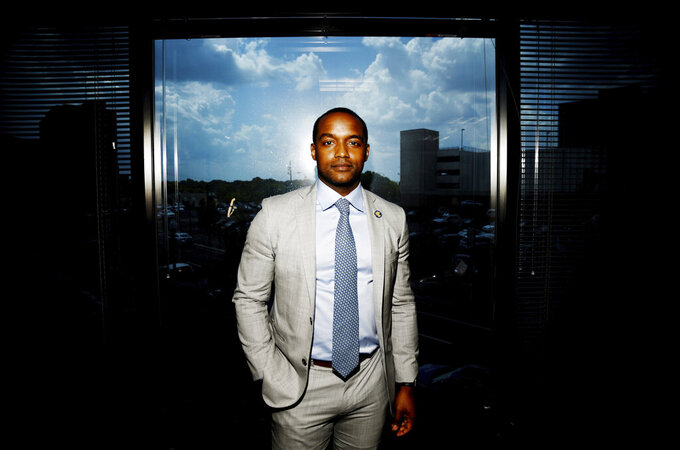 The Democratic mayor of the northwest Louisiana city, in office since December 2018, launched his campaign with an introductory video describing his Army career, including his graduation from the U.S. military academy at West Point and his deployments to Iraq and Afghanistan. He said Washington's poor handling of the coronavirus outbreak persuaded him to jump into the Senate race on the Nov. 3 ballot.

“I’m running for United States Senate because our country and state are at a crossroads. We face a virus that threatens our lives, our safety and our economy, but Washington’s political games are only making us sick," Perkins, a lawyer, said in a statement provided to The Associated Press. "Together, we can demand a government that serves all of our people, not just the wealthy and well-connected.”

He joins at least three other announced Democratic contenders trying to oust Cassidy, who is favored for reelection. But Perkins is the only one in elected office, with a natural platform for fundraising. Still, the Shreveport mayor faces a difficult road — taking on a Republican incumbent in a red state who has millions of dollars in the bank. Perkins will need to raise cash quickly to be a viable challenger.

Four of the five Louisiana congressmen who are running for another term signed up for their reelection bids Wednesday morning. Republican Reps. Steve Scalise, Mike Johnson and Garret Graves and Democratic Rep. Cedric Richmond each had someone else file their registration paperwork while they remained in Washington for congressional work. All but Graves had drawn a challenger by midday.

The candidate registration period runs through Friday. Perkins was expected to file his paperwork to get on the ballot Thursday.

Cassidy, a doctor from Baton Rouge, is seeking a second six-year term after defeating three-term Democratic incumbent Mary Landrieu in a hard-fought, expensive race in 2014. This time, he's the advantaged candidate, with a sizable campaign account and high name recognition to bolster his campaign.

Cassidy reported $6 million in his latest finance report filed with the Federal Election Commission. No other candidate reported more than a few thousand dollars on hand.

In the Senate, Cassidy has been a reliable conservative Republican vote and a policy wonk who often works on health care issues. He’s won praise from President Donald Trump as a go-to senator for his health care knowledge — and the president has endorsed Cassidy's reelection bid.

Other candidates who signed up to challenge Cassidy include Antoine Pierce, a Baton Rouge Democrat and community organizer, and John Paul Bourgeois, an epidemiologist and public health librarian from Gretna who has no party affiliation.