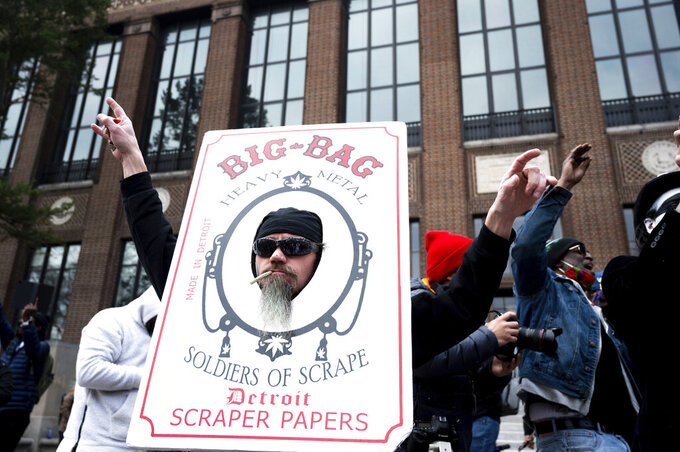 The participants in Saturday's “smoke-in” protest split from organizers of the Hash Bash, who made the event virtual in 2020 and again this year due to the COVID-19 pandemic, MLive.com reported.

It's typically held on the University of Michigan Diag and has drawn thousands of people in recent years to smoke marijuana while a line-up of speakers and musicians address the crowd.

The annual event started in 1972 as a show of support for John Sinclair, a poet and activist initially sentenced to 10 years in jail for possession of two joints.

Adam Brook, a past organizer of Hash Bash, organized Saturday's “smoke-in” and previously told MLive.com that in-person protest is still the purpose of the event.

Michigan permits adults to buy and consume cannabis products but consumption in public places isn't allowed under the law.

Melissa Overton, public information officer for the university's Division of Public Safety and Security said between 500 and 700 people were on the Diag. She said it was peaceful and police made no arrests.