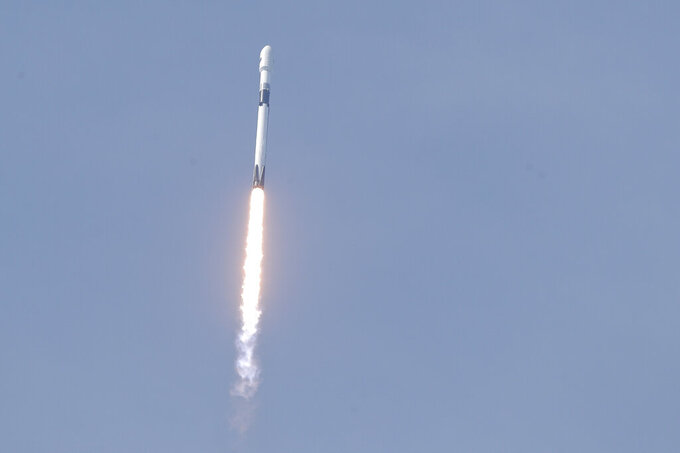 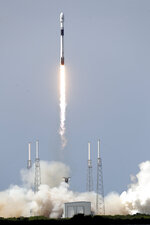 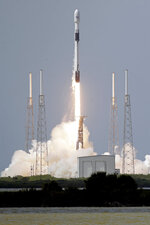 SpaceX launched the military’s newest, most accurate GPS satellite Tuesday after a two-month delay due to the pandemic.

A Falcon 9 rocket blasted off from Florida's Cape Canaveral Air Force Station, carrying the GPS satellite to orbit. The brand new first-stage booster landed on an ocean platform several minutes later, to be recycled for future use.

The launch originally was scheduled for April, but the newly organized U.S. Space Force delayed it to keep staff healthy and safe during the coronavirus outbreak.

This is the third in the most advanced line of GPS satellites, and joins a constellation of 31 GPS spacecraft in orbit, according to the Space Force.

The launch was dedicated to Col. Thomas Falzarano, commander of the 21st Space Wing at Peterson Air Force Base in Colorado who died in May at age 47.

The Associated Press Health and Science Department receives support from the Howard Hughes Medical Institute’s Department of Science Education. The AP is solely responsible for all content. liftoff.