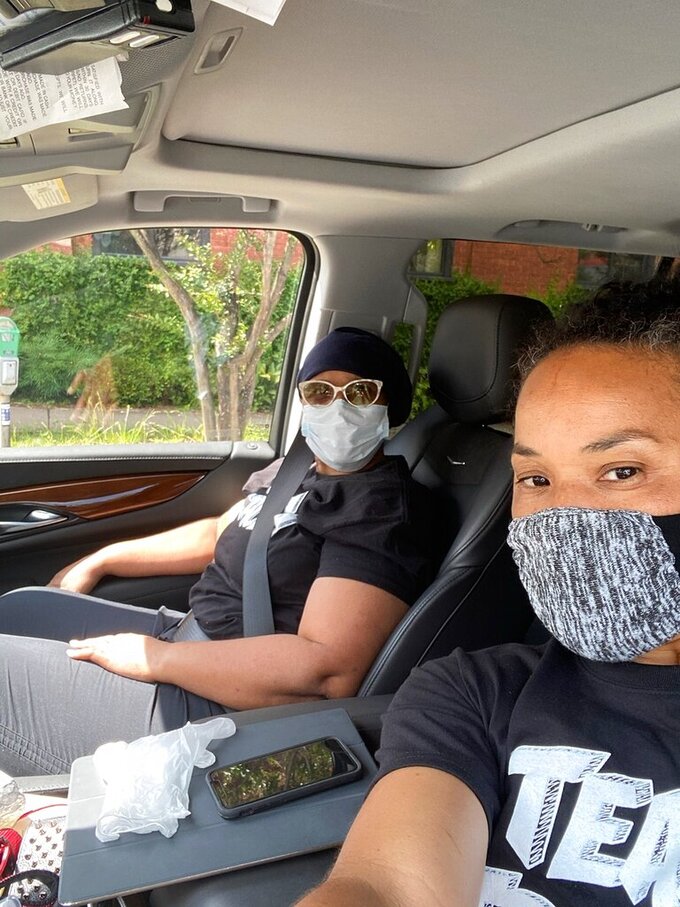 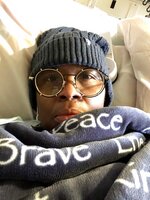 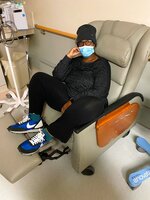 When she was a player it was there and now her fiery demeanor can be seen on the sidelines as South Carolina’s longtime women’s head coach. It will be on display again this summer when she leads the U.S. national team at the Tokyo Olympics.

But when her sister, Tracey Underwood, was diagnosed with leukemia last year it wasn't about a game, it was life and death.

Staley, the coach, began doing what she does — mobilizing her family and others to action.

“We had to activate,” Staley said.

The journey began a year ago. Underwood and Staley weren't sure what to think when Tracey had a persistent cough in March 2020 without any real answers as to why. Underwood was fatigued constantly and could barely finish a walk around her neighborhood without needing to rest.

One weekend, Underwood was walking and a friend had "to help her back arm in arm, back to the house,” Staley said.

Underwood's condition deteriorated. She had pain in her groin and her lymph nodes were swollen. She finally went to the emergency room in May and tests revealed the true cause — leukemia, cancer of the body's blood-forming tissues including bone marrow.

There was relief — and resolve — in the diagnosis.

“Now, I knew what it was,” Underwood said on a Zoom call with The Associated Press. “Let's cure it.”

But Staley needed to know more about her deadly opponent.

She contacted former North Carolina coach Sylvia Hatchell, who spent a year away from her Tar Heels program in 2013-14 as she was treated for leukemia.

When searching for oncologists, Staley looked into Duke and called Blue Devils' men's coach, Mike Krzyzewski, about getting her sister into the Duke Cancer Institute. There, Underwood's treatment was led by Dr. David Rizzieri.

“I called everybody in America, I think,” Staley quipped.

Underwood needed a bone-marrow transplant. More Staley research found the most effective treatment comes from a family donor. Three of Underwood's four siblings were tested and brother Lawrence was a 10/10 match for compatible stem cells needed by his sister.

Staley was a 5/10 match for Human Leukocyte Antigens (HLA).

“Am I going to have enough left?" Lawrence joked about his donation.

It took about three minutes or so on Aug. 12 for Underwood to receive all of her brother's cells. Underwood didn't feel much different since she hadn't felt debilitated leading up to the transplant.

She said hardest part came after the transplant. Underwood needed three additional rounds of chemotherapy at the highest doses.

“We couldn't understand the stem cell transplant going into my sister then the chemo coming to wipe everything out,” Staley said.

The step is necessary, according to Rizzieri. The doctor said in an email to AP that allogeneic stem cell transplant provides an entirely new immune system to the patient “to help fight off any residual leukemia that may be lurking despite all the prior therapy."

Underwood handled it all with a vibrant spirit.

“I know she had some dark days where she cried,” Staley said. “But there were more, ‘Thank you, Jesus’ days.”

Underwood left the hospital on Aug. 31, moving to a nearby hotel with family members so oncologists could continue monitoring her condition. Hospital staff was watching for what is known as graft vs. host issues, where the donated cells might attack the new body.

“You feel so good that you're sometimes waiting for the ceiling to fall, and it doesn't,” Underwood said with joy.

Staley dealt with her sister's illness while leading her basketball team through a COVID-19-impacted season and to their sixth Southeastern Conference Tournament title in seven years.

The Gamecocks are a No. 1 seed in the NCAA Tournament and arrived in Texas on Tuesday; if they reach the Sweet 16, Underwood plans to make the trip to San Antonio.

Underwood, who works for the Richland County Recreation Commission, is back walking, though staying away from groups of people amid the coronavirus pandemic.

The family knows things could have turned out much different for Underwood if Lawrence had not been as strong of a match.

So Staley and her sister are focused on getting potential donors signed up on a bone-marrow registry, Be The Match. The registry links those seeking stem cell transplants with potential donors.

Erica Sevilla, spokeswoman for the registry, said of the 22 million people registered, less than 1 million (4 %) are Black.

Due to diverse tissue types for Black people and low representation on the registry, Black patients are least likely to find a matching blood stem cell donor, according to Sevilla.

Black patients have “just a 23% chance of finding a match compared to a 77% chance for white patients,” she said.

Staley and Sevilla acknowledge the skepticism of Black donors to want to be a part of the registry because of historical medical atrocities performed on minorities.

The coach is working to allay fears about becoming donors and to raise awareness of the critical need for more donors.

Rizzieri said it's essential people understand that stem cell donors like Lawrence can have a “strong and robust immune system for their lifetime.”

Staley said she never doubted that her sister would “be in the position she's in today because of her spirit."

Now she wants others, especially in the Black community, to have a better chance at survival.