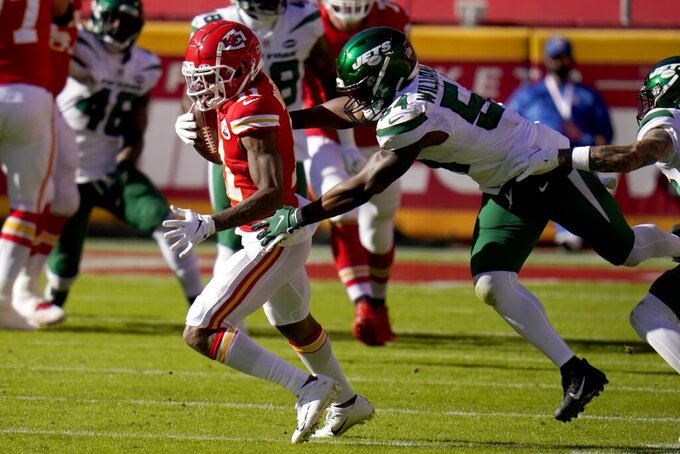 Pittsburgh got Williamson in a trade with the New York Jets on Monday, a move designed to provide roster depth at a position decimated by injuries to starter Devin Bush and backup Ulysses Gilbert. Williamson, however, is likely to be inactive for Sunday's visit to Dallas after missing practice this week due to COVID-19 quarantine protocols. The Steelers also added linebacker Jayrone Elliott to the roster. Elliott likely will see action on special teams against the Cowboys.

The decision to cut Wisnieski ends a brief homecoming for the Pittsburgh native. The Steelers signed Wisniewski to a two-year deal in March. He suffered a pectoral injury in a season-opening win over the New York Giants and was placed on injured reserve. The team activated him two weeks ago but the injury continued to linger.