Stocks open lower, pushing the S&P 500 toward a weekly loss 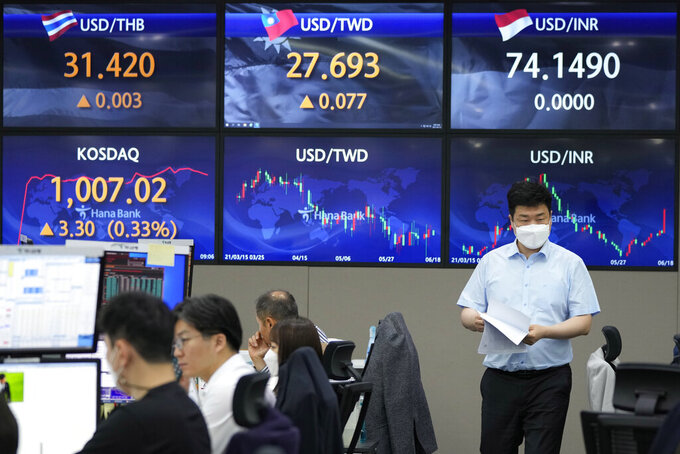 Stocks are opening broadly lower on Wall Street, putting the S&P 500 index on track for its first losing week in the last four. The benchmark index gave up 0.8% in the early going Friday, with banks and technology companies leading the way lower. Investors are still trying to assess how soon the Federal Reserve will start to raise interest rates from their ultra-low levels and scale back its bond purchases. The head of the St. Louis branch of the Federal Reserve, James Bullard, told CNBC early Friday that the first interest rate increase could come as soon as next year.

The Bank of Japan kept its ultra-lax monetary policy intact, as investors had expected. Wrapping up a two-day meeting, the central bank also extended by six months, until March 2022, a lending program to help companies weather the pandemic.

“Japan’s economy has picked up as a trend, although it has remained in a severe situation due to the impact of COVID-19 at home and abroad,” the Bank of Japan said in a statement.

The Fed's comments came Wednesday, and global markets had already initially reacted Thursday. But comments about the possibility of slowing the central bank's bond-buying program are rippling through markets. Such support has been a key reason for the stock market's resurgence to records.

The first action the Fed is likely to take would be a slowdown in its $120 billion of monthly bond purchases, which are helping to keep mortgages cheap, but the Fed's chair said such a tapering is still likely "a ways away.”

Any easing up on the Fed's aid for the economy would be a big change for markets, which have feasted on easy conditions after the central bank slashed short-term rates to zero and brought in other emergency programs.

The economy has begun to explode out of its coma as more widespread vaccinations help the world get closer to normal. At the same time, jumps in prices for raw materials are forcing companies across the economy to raise their own prices for customers, from fast food to used cars.