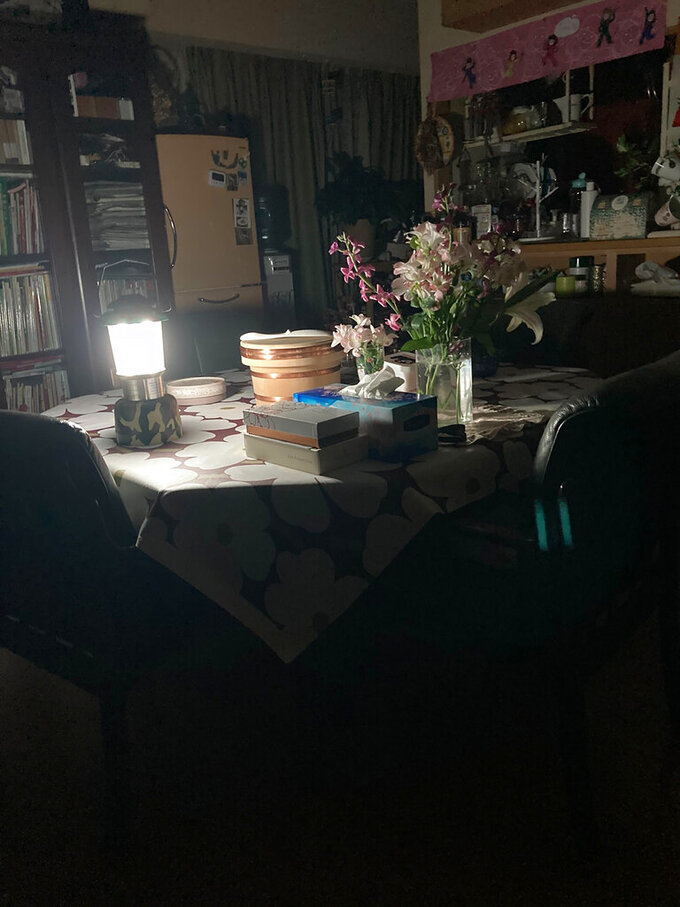 A lamp is used during an outage following an earthquake in Ichikawa, Chiba prefecture, about 230 kilometers (143 miles) away from Fukushima Saturday, Feb. 13, 2021. The Japan Meteorological Agency says a strong earthquake has hit off the coast of northeastern Japan, shaking Fukushima, Miyagi and other areas. (Keiko Hatto via AP) 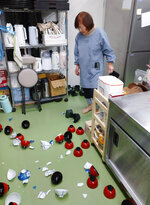 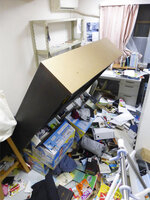 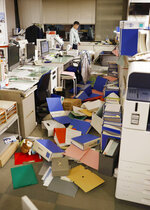 TOKYO (AP) — A strong earthquake hit off the coast of northeastern Japan late Saturday, shaking Fukushima, Miyagi and other areas, but there was no threat of a tsunami, officials said.

Tokyo Electric Power Co. said there were no irregularities at the Fukushima Dai-ichi nuclear plant, which experienced meltdowns following a massive quake and tsunami 10 years ago.

There were no immediate reports of irregularities from other nuclear plants in the area, such as Onagawa or Fukushima Dai-ni, government spokesperson Katsunobu Kato told reporters.

Tokyo Electric Power Co. said that some 860,000 homes were without power as a result of the quake, but electricity was gradually being restored, according to Kato.

Kato said there was no danger of a tsunami from the quake. He said that some trains in northeastern Japan had stopped running, and that other damage was still being checked.

Video from public broadcaster NHK TV showed some pieces of a building wall had broken off and fallen to the ground, and pieces of glass were scattered at a store. Items fell off shelves because of the shaking, NHK said. NHK aerial footage showed a portion of a highway blocked by a landslide in Soma, a city in Fukushima prefecture.

The extent of damage from the landslide was not immediately clear, Kato said.

He said there were several reports of minor injuries from the quake, such as a man getting hit by a falling object.

The Japan Meteorological Agency said the quake was centered about 55 kilometers (34 miles) beneath the ocean, changing it from the earlier estimate for 60 kilometers (37 miles).

Prime Minister Yoshihide Suga headed into his office immediately after reports of the quake, and a crisis center was set up there. He said there were no reports of major injuries.

The shaking was felt in Tokyo, to the southwest.

The same northeastern area was slammed by a quake, tsunami and nuclear disaster in March 2011. Experts warned of aftershocks over the next several days, including possibly larger quakes.

Some people were taking shelter at evacuation centers, and were being warned to practice social distancing because of the coronavirus pandemic.