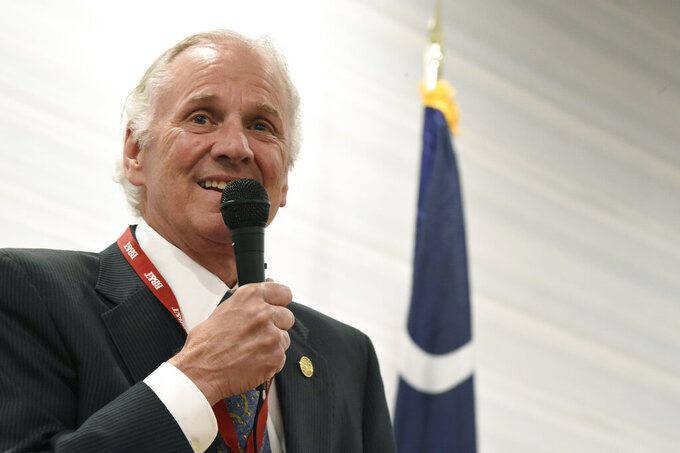 During a news conference in Anderson, the Republican said he's allocating $8 million in federal coronavirus relief aid to a partnership between the state's 16 tech schools and the Department of Employment and Workforce.

Starting this week, the agency will contact the 87,000 South Carolinians already eligible for jobless benefits to advise them of tuition-free, short-term training classes designed to quickly prepare them for jobs like welding and truck driving, according to Tim Hardee, president of the state’s technical college system.

The funds come from a total of more than $48 million provided under the Coronavirus Aid, Relief and Economic Security Act, to be used at the governor's discretion. In other allocations, McMaster has directed funds to the Department of Social Services, the Department of Education and the Department of Commerce.

He tried to direct $32 million to provide tuition grants for private schools, saying he wanted to give more families the option — especially if their own schools would not reopen for in-person instruction because of the pandemic— but the state Supreme Court ruled that allocation unconstitutional.

“All they have to do is apply,” McMaster said Tuesday, of the training for in-demand technical jobs. “If this works as well as we are confident it will, we are hopeful this will be a permanent part of our career process in South Carolina.”

McMaster was one of the last governors in the country to issue a statewide stay-at-home order last year, and among the first to begin reopening the economy. He's frequently highlighted his view of the parallel needs to get South Carolina's businesses back on track, while still reining in the pandemic.

“We cannot keep businesses closed forever,” McMaster said during a June 2020 briefing, as cases in the state hit a new record high. “Even in this situation, when we are still faced with a deadly virus, we must accelerate our economy.”

At that same briefing, the state public health official overseeing pandemic response said she was “more concerned about COVID-19 in South Carolina than I have ever been before.”

But the governor has also been adamant that individual South Carolinians must do what he believes is their part to shore up the economy. Last month, he announced that, starting June 30, South Carolina will opt out of the federal unemployment programs that have been providing extra money to jobless residents. He claimed that “unprecedented” workforce shortages were created in part by the extra money.

“We had to end the benefits,” state Rep. Brian White said Tuesday. “But you don't just cut people off without giving them a hand up.”

Meg Kinnard can be reached at http://twitter.com.MegKinnardAP.