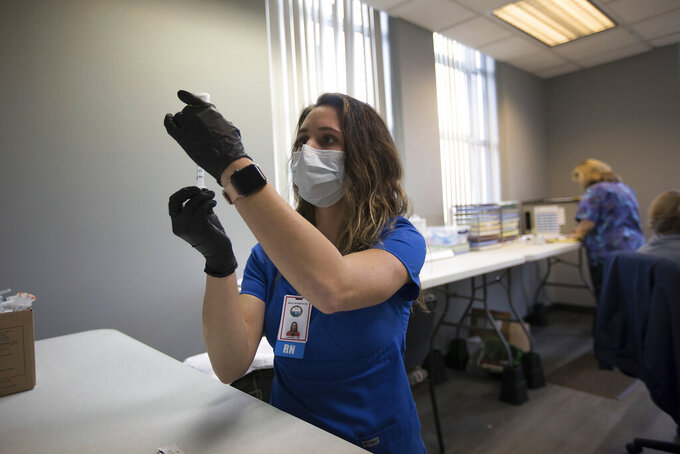 Public health officials in eastern Tennessee announced Wednesday that 975 doses of the COVID-19 vaccine that went missing were likely thrown out by accident.

Knox County — which encompasses Knoxville — saud the state’s Department of Health confirmed that the doses were shipped to the region last week, but local officials said they have no record of receiving them.

Knox County Health Department Director Dr. Martha Buchanan said that based on GPS data, she believes the box containing the doses was probably discarded by someone who thought they were throwing out dry ice. Due to security reasons, vaccine doses are shipped without any readily identifiable information attached.

“It was a kick in the gut for all of us,” Buchanan said through tears. “I apologize. Vaccinating our community is very important to us.”

County officials have asked for a state investigation even though Buchanan said there was no indication of foul play.

“We are aware of the situation in Knox County, and are working with our partners at the Knox County Health Department to determine what occurred and how such an event can be prevented going forward,” said Bill Christian, spokesperson for the state's health agency, in an email.

To date, 0.1% of the Tennessee's total doses of the COVID-19 vaccine has been reported as wasted, Christian added.

A key question remains why the GPS and temperature monitors attached to the Moderna vaccines did not work, Buchanan said.

"Why were we the ones who found this out?” she asked.

Buchanan said the missing doses will not affect vaccine appointments scheduled for this week but the county will have to rearrange first and second dosage schedules in coming weeks to make up for the loss.

“I certainly wish this had not happened, but I also think it’s unrealistic to believe that when you’re undertaking an operation of this magnitude, mistakes won’t be made,” said Knox County Mayor Glenn Jacobs.

According to the Centers for Disease Control and Prevention, 8.2% of Tennessee's overall population has received a single dose of the vaccine and 3.7% has received a second dose.

Among the states, Tennessee now has the fifth lowest number of people with at least a first dose per 100,000 population, while ranking 11th best for people with two doses per 100,000, according to the CDC data.

Meanwhile, researchers from Johns Hopkins University say Tennessee has seen more than 10,600 COVID-19 related deaths to date. That death count is the 14th highest in the country overall and the 19th highest per capita, at 157 deaths per 100,000 people.

For most people, the coronavirus causes mild or moderate symptoms such as fever and cough. But for others, especially older adults and people with existing health problems, it can cause severe symptoms and be fatal.

Also Wednesday, threats of severe weather in western Tennessee had shut down COVID-19 testing and vaccination sites, including Tipton and Shelby counties.

Much of west Tennessee is under an ice storm warning issued by the National Weather Service.