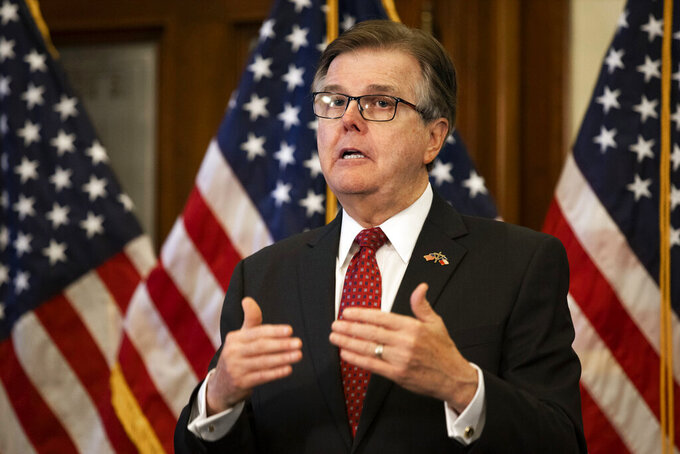 Patrick also claimed without offering evidence that Dr. Anthony Fauci “has been wrong every time on every issue" during an interview Tuesday night on Fox News. Hours earlier, Texas reported that new infections skyrocketed to a single-day high of nearly 7,000 new cases and that hospitalizations continued soaring.

Patrick, who chairs President Donald Trump's reelection campaign in Texas, is a conservative firebrand who has staunchly defended Texas' reopening that was among the fastest in the nation. He drew national attention in March for saying that people over the age of 70, who the Centers for Disease Control says are at higher risk for severe illness from the coronavirus, will "take care of ourselves."

His newest comments were in response to Fauci telling senators Tuesday that he was concerned some states may be moving to fast.

"He doesn’t know what he’s talking about. We haven’t skipped over anything. The only thing I’m skipping over is listening to him," Patrick told host Laura Ingraham. He went on to say, “I don’t need his advice anymore.”

Republican Gov. Greg Abbott has described speaking with Fauci throughout the pandemic. Abbott has referred to his conversations with him and Dr. Deborah Birx, the coordinator of the White House coronavirus task force, in defending Texas’ response to the outbreak.