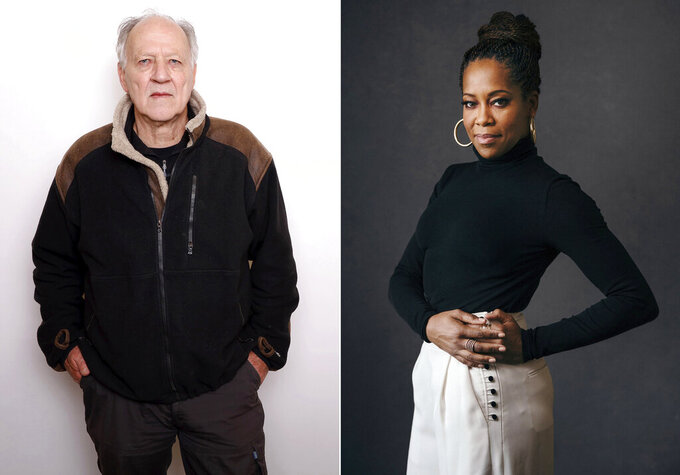 This combination photo shows actor-director Werner Herzog, left, and actress-director Regina King. The Toronto International Film Festival on Thursday unveiled a lineup featuring the directorial debut of Regina King and the latest documentary from Herzog. King directs a drama about a young Muhammad Ali, then Cassius Clay, titled “One Night in Miami,” and Herzog and Clive Oppenheimer have a meteorite documentary called “Fireball: Visitors from Darker Worlds." The festival, which is set to run Sept. 10-19, has plotted a largely virtual 45th edition due to the pandemic. (AP Photo) 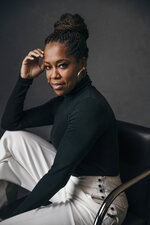 NEW YORK (AP) — The Toronto International Film Festival on Thursday unveiled a lineup bearing little in common with its normal barrage of awards contenders and premier fall films, but features the directorial debut of Regina King and the latest documentaries from Frederick Wiseman and Werner Herzog.

Toronto, which is set to run Sept. 10-19, has plotted a largely virtual 45th edition due to the pandemic. In normal years, TIFF is the largest film festival in North America. This year, it has drastically scaled down its plans and scrapped together 50 films or TV series from around the world, leaning on projects set to debut on streaming services or television this fall.

Cameron Bailey, artistic director and co-head of the festival, acknowledged it was far from TIFF's regular lineup.

“We began this year planning for a 45th Festival much like our previous editions, but along the way we had to rethink just about everything," Bailey said. "This year’s lineup reflects that tumult. The names you already know are doing brand new things this year, and there’s a whole crop of exciting new names to discover.”

Some of the films will play first at the much smaller Venice Film Festival the week prior in September. Toronto will also showcase new work from Mira Nair, Thomas Vinterberg and Michel Franco.

The major fall festivals — Venice, Toronto, Telluride and New York — earlier announced an alliance, saying they would collaborate on programming. Since then, Colorado's Telluride has been canceled but reborn as a drive-in series in Los Angeles. The festivals earlier announced Chloe Zhao’s “Nomadland” will debut across all four events.

Toronto organizers say they continue to work with health officials to determine how and if it can host in-person events. With travel restricted between the U.S. and Canadian border, it has urged many festival-goers who flock to Toronto to stay home.