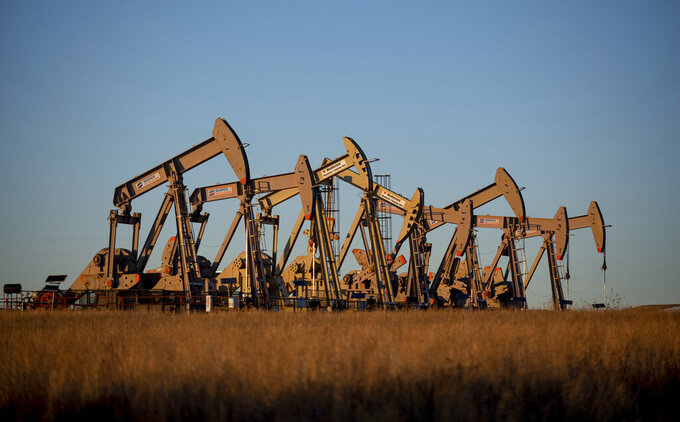 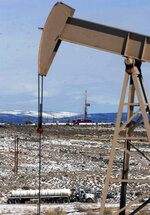 BILLINGS, Mont. (AP) — A U.S. government watchdog agency faulted the Trump administration Tuesday for its handling of a COVID-19 relief effort that awarded energy companies breaks on payments for oil and gas extracted from public lands in more than 500 cases.

The Government Accountability Office, a nonpartisan arm of Congress, said haphazard rules for the program left the administration unable to say how much relief was given or if it would ultimately benefit taxpayers, as was intended.

The Bureau of Land Management gave breaks on royalty payments from companies in at least five Western states due to workforce problems or other issues after the pandemic shut down much of the economy and helped drive a collapse in oil prices.

The Trump administration also gave breaks to companies that extract oil in the Gulf of Mexico, but has released scant details of that effort.

Offering royalty relief to companies had been done before the pandemic and is intended to boost the profitability of oil and gas wells so they can still be profitable. The idea is to protect against companies being forced to shut down uneconomical wells permanently, meaning they would never again generate government revenue.

But it's unknown if that's what happened after the Trump administration approved at least 581 relief requests during its scrambled early response to the pandemic. Most of the approvals were in Wyoming, with cases also approved in Utah, Colorado and by a bureau office that covers Montana, North Dakota and South Dakota.

Rusco said the bureau did not know if the relief granted achieved the intended goal of conserving oil and gas for future recovery, nor it the government was getting a fair return for letting companies use public resources.

“The problem was caused primarily by (the land bureau) not following it's directives for granting royalty relief," he said.

Critics have characterized the royalty relief as an unnecessary industry handout. In some cases, the breaks benefited companies with histories of environmental violations or past failures to pay royalties.

Rusco estimated lost revenues of about $4.5 million from the land bureau program, but said that was a conservative figures that does not include all forgone revenues. Revenue from oil and gas production is collected by the federal government and later split with the state where the fuel was extracted.

Administration officials were asked for comment by the GAO, but did not say if they agreed with the watchdog agency's recommendations to evaluate the costs and effectiveness of the relief program.

Bureau of Land Management spokesman Derrick Henry said in response to questions from The Associated Press that the GAO “did not work with the department in good faith."

“No special circumstances were granted to anyone," Henry said in an emailed statement. “The (Bureau of Land Management) State Offices only approved suspension of operations and royalty rate reduction applications for up to 60 days when it was legally permissible, in the best interest of the United States, and when it would encourage the greatest ultimate recovery of our natural resources."

Representatives of the land bureau and its parent agency, the Department of Interior, declined an invitation to testify Tuesday before the U.S. House Natural Resources Committee when it reviewed the GAO findings.

Rep. Alan Lowenthal, a California Democrat and chair of the Natural Resources subcommittee on energy and minerals, said the findings underscore the Trump administration's pursuit of “legally questionable rules" to benefit energy companies.

“They said they were doing this to protect taxpayers but it turns out that wasn’t telling the truth," Lowenthal said. “The Trump administration acted for the benefit of fossil fuel companies that regularly exploit public lands, not in the interest of taxpayers."