Twins cleared to travel, set for Tuesday DH at Oakland 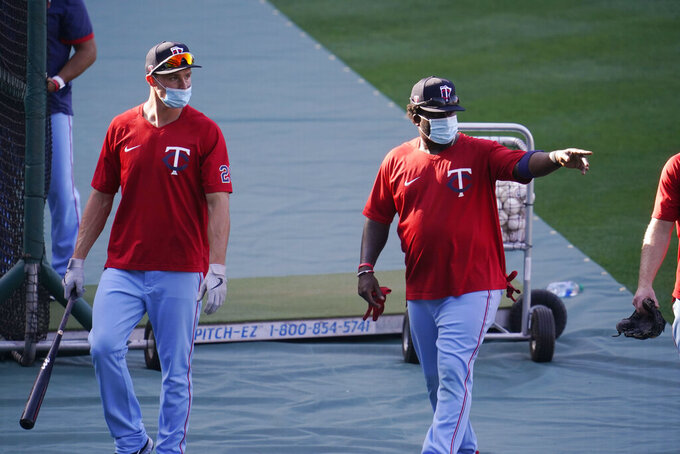 OAKLAND, Calif. (AP) — The Minnesota Twins have been cleared to travel and are moving forward with plans for a doubleheader in Oakland on Tuesday after having their season interrupted by coronavirus concerns.

The Twins haven't played since Friday to allow for virus testing and contact tracing as the club has had at least four positive coronavirus tests in the past week.

Games between the Twins and the Los Angeles Angels in Anaheim were postponed Saturday and Sunday, and Monday's series opener in Oakland was also postponed. That game will be made up as part of Tuesday's doubleheader.

Minnesota will start Matt Shoemaker in Game 1 and Jose Berrios in Game 2 of the straight doubleheader, then pitch Kenta Maeda on Wednesday. The A's haven't announced probable starters yet.