UN rights chief expects US will be 'much better' under Biden 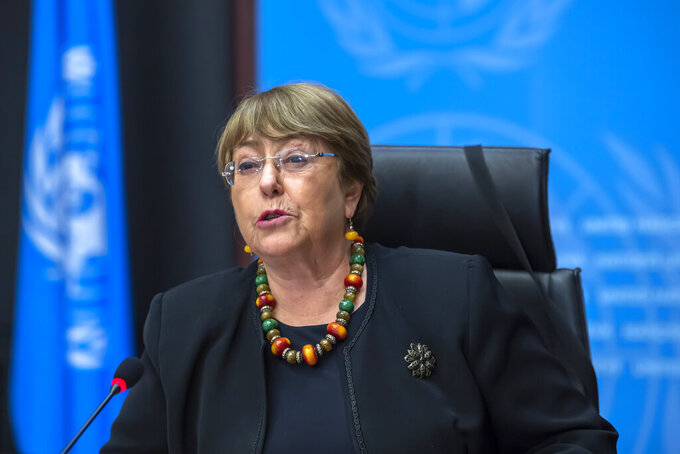 Michelle Bachelet, UN High Commissioner for Human Rights, speaks about 2020 and looking ahead to 2021, during a press conference at the European headquarters of the United Nations in Geneva, Switzerland, Wednesday, Dec. 9, 2020. Michelle Bachelet spoke to reporters in Geneva in a catch-all news conference to recap the year and look ahead to 2021. (Martial Trezzini/Keystone via AP) 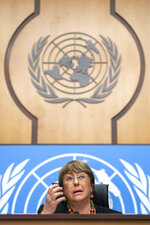 GENEVA (AP) — The U.N human rights chief says she expects the U.S. administration of President-elect Joe Biden will be “much, much better” when it comes to human rights, and warned of shrinking “democratic space” in Hong Kong — saying her office will be monitoring the rights situation there.

Michelle Bachelet spoke to reporters in Geneva in a catch-all news conference to recap the year and look ahead to 2021. She cited concerns about the inequalities exposed by the COVID-19 pandemic and systemic racism like that highlighted by the Black Lives Matter movement.

Bachelet hailed “a series of promising pledges” by Biden, on issues like increasing the number of refugees resettled in the United States, an end to construction of the wall on the U.S.-Mexico border and “an overhaul of the asylum system.” She said she hoped the U.S. would return to the U.N.-backed Human Rights Council, from which the Trump administration pulled out amid allegations of anti-Israel bias and an excessive acceptance of governments with dismal human rights records.

“For human rights. I think it (the Biden administration) will be much, much, much better,” said Bachelet, noting that she knew Biden “very well” from his time as U.S. vice president and her tenure as president of Chile. “I’m really hopeful on that.”

Bachelet also expressed concerns about “the rapidly shrinking civic and democratic space” in Hong Kong since the passage of a national security law in China last year. She said more people have been arrested and charges with offenses like unauthorized assembly.

“Recent convictions of activists for protests that took place last year risk causing a wider, chilling effect on the exercise of fundamental freedoms,” she said. “We believe that peaceful protest should never be criminalized.”

“We will continue to monitor the situation closely,” Bachelet added.