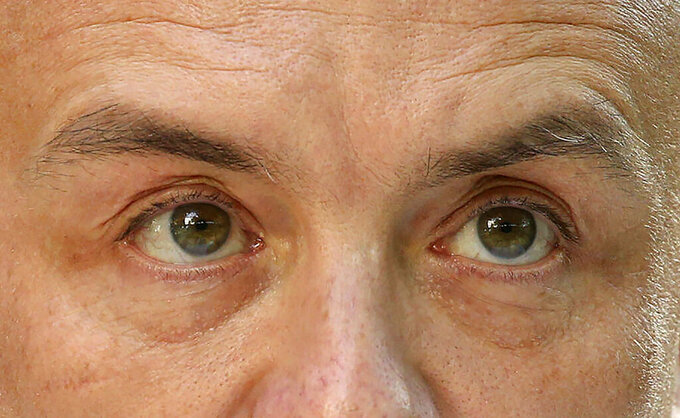 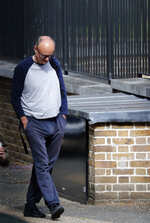 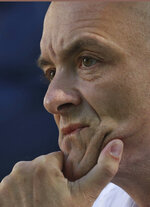 The prime minister’s populist appeal has been hammered by news that, as the coronavirus outbreak raged, chief adviser Cummings drove 250 miles (400 kilometers) to his parents’ house while he was falling ill with suspected COVID-19 — allegedly flouting lockdown rules that the government had imposed on the rest of the country.

Cummings says he traveled to the family farm in northeast England so that his nieces could care for his 4-year-old son if he and his wife both became sick. But that explanation cut little ice with many Britons, who say they have endured isolation, anxiety and sometimes loss in order to follow government advice to “Stay Home ... Save Lives.”

“I have constituents who didn’t get to say goodbye to loved ones; families who could not mourn together; people who didn’t visit sick relatives because they followed the guidance of the government,” Ross wrote in a resignation letter. “I cannot in good faith tell them they were all wrong and one senior adviser to the government was right.”

Johnson, however, appears determined to hang onto an aide who has been dubbed “Boris’ brain,” even if it fractures his government and erodes Britain’s response to the pandemic.

Arguably, Johnson owes his job to Cummings, a self-styled disrupter who disdains the political establishment and slouches through the halls of government in sweatpants and T-shirts.

In 2016, Cummings honed populist messages that helped the “leave” campaign, co-led by Johnson, win Britain's EU membership referendum. He is credited with coming up with the campaign’s powerfully simple slogan: “Take back control.” He also hired a firm linked to Cambridge Analytica, which detractors say unleashed the poison of data-harvesting and social-media manipulation into the British political bloodstream.

A TV drama about the referendum, “Brexit: The Uncivil War,” made Cummings the central character, played by “Sherlock” star Benedict Cumberbatch.

When Johnson became prime minister in July 2019 after interminable battles over Brexit defeated his predecessor Theresa May, he hired Cummings as his right-hand man. In December, Johnson won a commanding majority in Parliament with a ruthlessly focused election campaign and another simple slogan: “Get Brexit done.”

Johnson, who spent three nights in intensive care with COVID-19 last month, has backed his adviser, saying Cummings “followed the instincts of every father and every parent.”

Cummings denies breaking regulations, imposed on March 23, that said people shouldn't leave home except for trips to get essential supplies, exercise and emergencies. At a long, unrepentant news conference on Monday, Cummings argued that his need to ensure care for his son was an “exceptional situation.”

“I don’t think there is one rule for me and one rule for other people,” Cummings insisted. But that’s exactly how it looks to many.

Senior police officers said Cummings’ interpretation of the rules made it harder to enforce the lockdown,

Thousands of people in Britain have been fined for breaching stay-at-home rules. Health Secretary Matt Hancock was asked at a news conference whether the government would review the penalties for people who could provide a childcare excuse. Hancock didn't commit, but said he would “take away that question.”

Scientists said Cummings' example could harm messaging about the importance of social distancing.

“It threatens to undermine that sense of community if a figure as prominent as Dominic Cummings and if the prime minister himself starts undermining that ‘we’ message and starts talking about ‘I,’” said Stephen Reicher, a behavioral psychologist who helps advise the government.

Cummings’ news conference — a rare on-the-record outing for a backroom figure who prefers to work behind the scenes — failed to answer all the questions about his trip.

Some asked how Cummings could justify moving from the epicenter of the outbreak in London to a region with fewer cases and sparser medical resources.

Cummings revealed that while he was up north, his son was rushed to a local hospital by ambulance after becoming sick. Cummings, then ill with suspected coronavirus, drove to pick him up the next day. Did that risk spreading the virus?

Some questioned Cummings’ justification for taking a half-hour drive to a scenic castle town when he was convalescing. Cummings explained that he was testing whether his eyesight, which had been affected by illness, had recovered.

The government tried Tuesday to draw a line under the episode. But there were few signs of the furor dying down. Opinion polls suggested a majority felt Cummings ought to resign. The conservative Daily Mail newspaper, usually supportive of the government, asked: “How can he survive?”

Conservative lawmaker William Wragg tweeted that ministers' defense of Cummings was “humiliating & degrading to their office."

Fellow Tory legislator Robert Goodwill said "I think that the best way for the prime minister — who I’m a massive fan of — to show he’s in charge of the situation is to relieve himself of Mr. Cummings’ services.”