Union tells actors not to work on pandemic film 'Songbird' 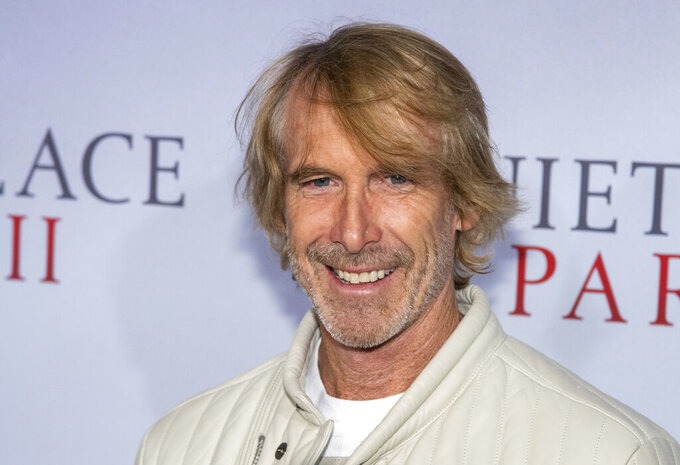 FILE - In this March 8, 2020 file photo, Michael Bay attends the world premiere of "A Quiet Place Part II" in New York. The union that represents film actors is telling its members not to work on the pandemic thriller “Songbird," one of the first films in production after coronavirus closures. The Screen Actors Guild-American Federation of Television and Radio Actors issued a do not work order Thursday, saying the filmmakers have not been transparent about safety protocols and had not signed the proper agreements with the union. The movie, produced by Michael Bay and directed by Adam Mason, had reportedly been preparing its actors remotely under locked down conditions for the shoot. (Photo by Charles Sykes/Invision/AP, File)

LOS ANGELES (AP) — The union that represents film actors told its members Thursday not to work on the upcoming pandemic thriller “Songbird,” saying the filmmakers have not been up-front about safety measures and had not signed the proper agreements for the movie that is among the first in production after coronavirus closures.

Actors had reportedly been rehearsing remotely for the film produced by Michael Bay and directed by Adam Mason.

The film’s pre-production listing on IMDbPro.com says its stars include Demi Moore, Peter Stormare and Craig Robinson, and gives the description, “In a post-pandemic world, an even more serious virus continues to mutate.”

But the Screen Actors Guild-American Federation of Television and Radio Actors issued a do-not-work order to its members, saying the production company “has failed to complete the signatory process,” and working on the film could result in disciplinary action.

“The producers have not been transparent about their safety protocols and that is something we obviously take very seriously," a SAG-AFTRA spokesperson said in a statement. "Also, as noted in the Do Not Work order, the producers have not yet become signatory to our agreement. We have no further comment.”

The small film was among the first to attempt to resume production after the long closure. California Gov. Gavin Newsom gave film and television productions the green light to resume shooting in the state starting June 12, so long as strict coronavirus restrictions were in place.

Messages seeking comment from the film's production companies and representatives for Bay and Mason were not immediately returned.

One of the companies, Invisible Narrative, told Deadline, “We are actively working to resolve this paperwork issue with the guild.”