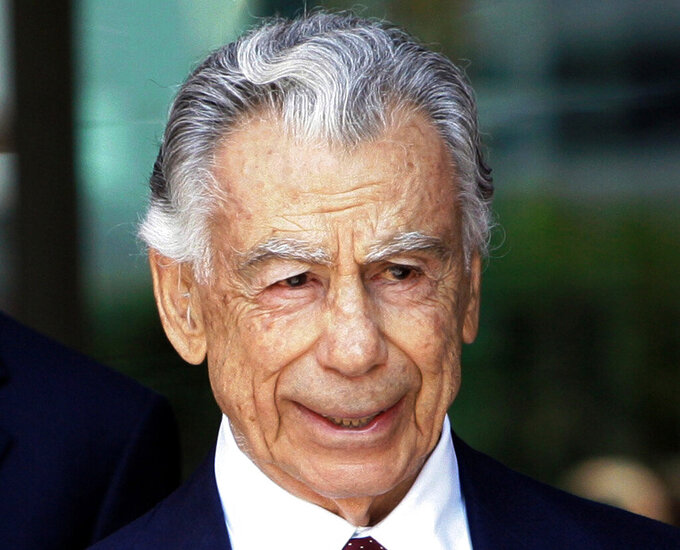 The naming plan was unveiled at the medical school building construction site near University Medical Center and Valley Hospital, west of downtown. It requires approval by the state Board of Regents.

Kerkorian, who died in 2015 at age 98, was a pioneering developer of major hotels in Las Vegas including The International, which is now the Westgate, the MGM, now Bally’s Las Vegas, and the MGM Grand. He purchased the Metro-Goldwyn-Mayer movie studio in 1969.

“There couldn’t possibly be a more fitting namesake for UNLV’s medical school than Kirk Kerkorian,” MGM Resorts CEO and President Bill Hornbuckle said. “Mr. Kerkorian was a visionary who not only helped transform Las Vegas into the world-class destination it is today, but dedicated his life, fortune and legacy to improving lives in our community and beyond.”

Kerkorian’s name will not be on any other buildings, said Lindy Schumacher, a board member of the nonprofit Nevada Health and Bioscience Corp., which is overseeing and raising money for the medical school project.

Construction on the five-story building began in October and is expected to cost about $150 million. It is due for completion in 2022.

It is being funded through charitable donations and state dollars. Nevada Gov. Steve Sisolak this year reinstated $25 million that had been earmarked for the project but cut because of the economic slump caused by the coronavirus pandemic.

Kerkorian was a notable philanthropist, and UNLV was a beneficiary of a secret donation of $25 million from Kerkorian’s estate following his death, according to reports in 2019.

The UNLV School of Medicine welcomed a charter class of students in July 2017 and received full accreditation last February, in time for those students to graduate in May.

It currently has 240 students, 150 faculty physicians and more than 300 medical residents and fellows.

This story has been corrected to show the site is west of downtown, not east.