WA vaccine eligibility to expand to more groups on March 22 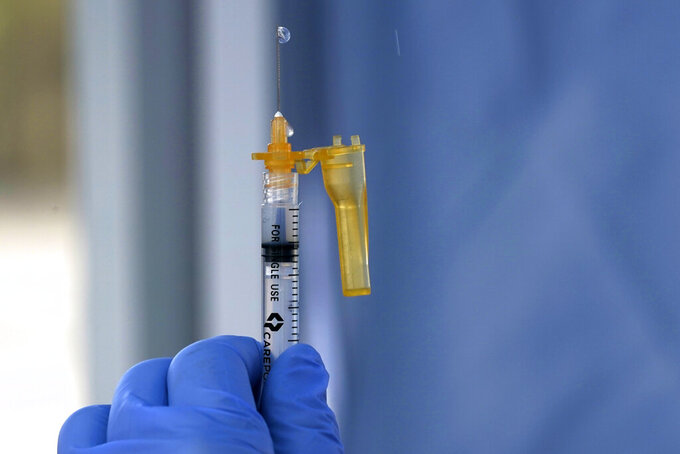 OLYMPIA, Wash. (AP) — Workers in agriculture and grocery stores will be eligible for the COVID-19 vaccine starting March 22, as will those in law enforcement and others included in the next eligibility phase that focuses on workers in certain congregate settings, Washington Gov. Jay Inslee announced Thursday.

The new eligibility criteria is contingent on the vaccine supply to the state continuing to increase.

Other critical worker groups covered under Phase 1B, Tier 2, are those in food processing, public transit, and firefighters, as well as those working in corrections, prisons, jails or detention centers. People over age 16 who are pregnant or who have a disability that puts them at high risk have also been added to those eligible for vaccination at that time.

Under the original eligibility requirements, the groups in the next tier for critical workers needed to be 50 or older and high risk, but that language was removed under the revised timeline announced Thursday.

The announcement of a specific date for the next group eligible for the vaccine comes the same week that, following a directive from President Joe Biden, educators, school staff and licensed childcare workers in the state were added to the current tier of vaccine eligibility that includes those age 65 and up and those 50 and older who live in multigenerational households.

The governor said that people who are 50 or older with two or more underlying conditions — such as heart disease, cancer or diabetes — will become eligible for vaccination on April 12. And on April 26, people 16 or older with two underlying conditions will be eligible, as will people living in congregate settings, including correctional facilities, group homes for people with disabilities and those experiencing homelessness who live in or access services in congregate settings.

The governor’s office said the dates are all tentative, and that expanding eligibility will depend on supply and progress made in vaccinating earlier groups.

More than 1.7 million doses of the two-shot Pfizer and Moderna vaccines have been administered to date, and over 8% of the state’s population has been fully vaccinated. The recently authorized Johnson & Johnson vaccine, which will start arriving in the state this week, only requires one shot. The state has nearly reached its goal of 45,000 vaccinations a day, with a current 7-day average of 43,765.

“I am thrilled at the progress that our federal government is making in combination with these manufacturers to increase supplies,” Inslee said. “We believe these steps are going to make this vaccine much more available for Washingtonians.”

For most, the coronavirus causes mild or moderate symptoms, such as fever and cough that clear up in two to three weeks, although long-term effects are unknown. But for some, it can cause more severe illness, including pneumonia and death.

At a news conference earlier in the day, Department of Health Secretary Umair Shah said that while the number of daily cases are dropping and hospitalizations have flattened, health officials continue to be concerned about increased detection of the highly contagious variants of the virus in the state.

“It is not the time to let our guard down,” he said.